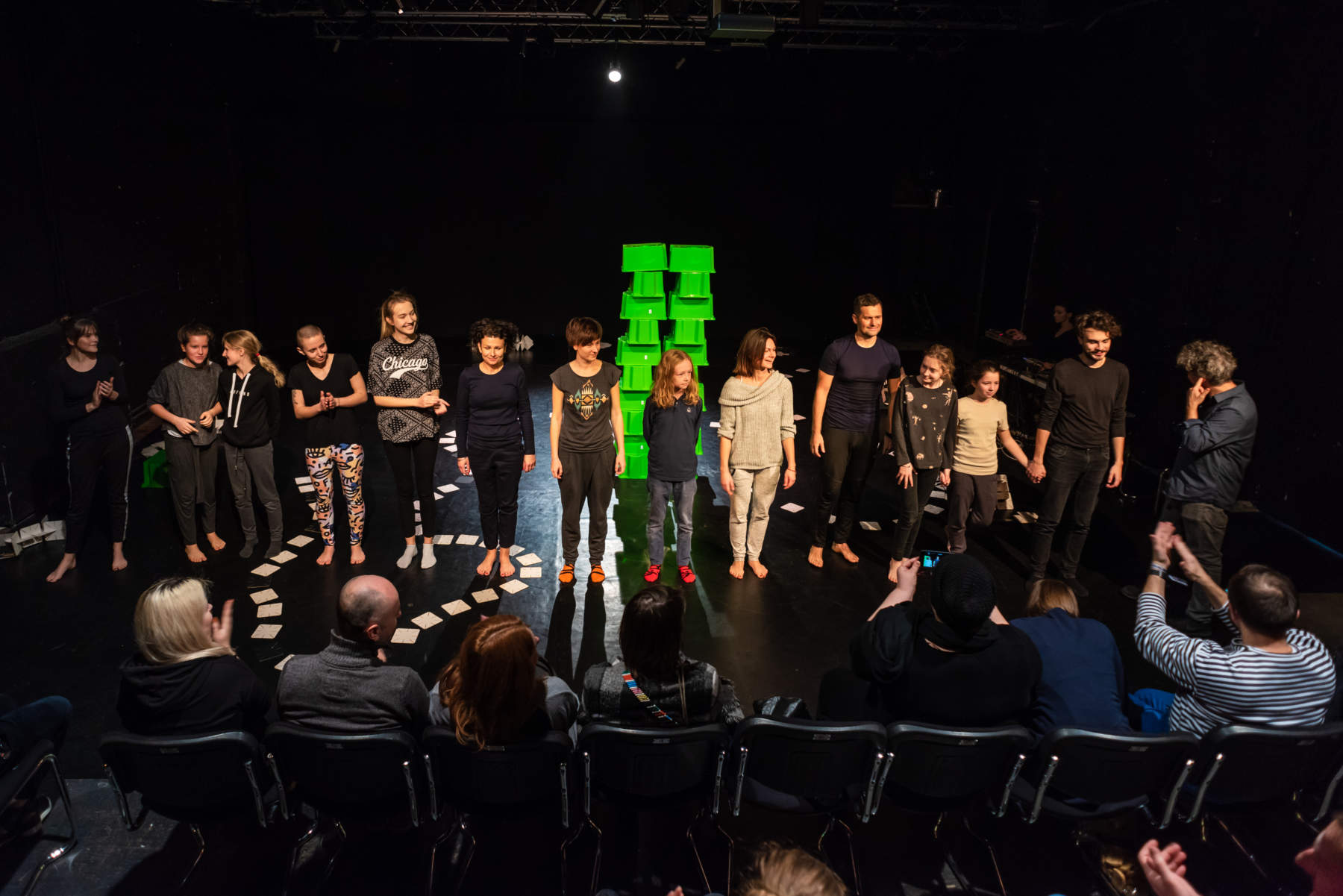 The Wizard of Oz

In it’s mission Studio Teatralne Koło (and it’s main placement in Warsaw’s SOHO complex) refers to pedagogical tradition of so-called Theater Circles from turn of XIX and XX centuries in Poland. In gloomy October and November of 2018 the theater launched an open call for participants of alla ges to join three weekend workshops led by a team of experienced theatre specialists joined by Jakub Szczęsny as set designer. Since the budget for „his” part was very modest Jakub proposed to use left overs of XOXO system he has developed for Copernicus Science Center in 2016. Small „particles” cut out of bi-colored cardboard became a medium of fast assembly theat could be turned into various objects on-stage by the very group of amateur actors. This way set design was also narrated since it was really happening and becoming „things”, from a hat of a witch to a castle, on the very eyes of the public. Another intresting feature of the workshop was that tutor salso participated in the play as actors, including the set designer. It was one of the most daring experiments in the practice of Jakub Szczęsny and his studio, since also Maciej Moszant, one of the interns from that time, also participated. 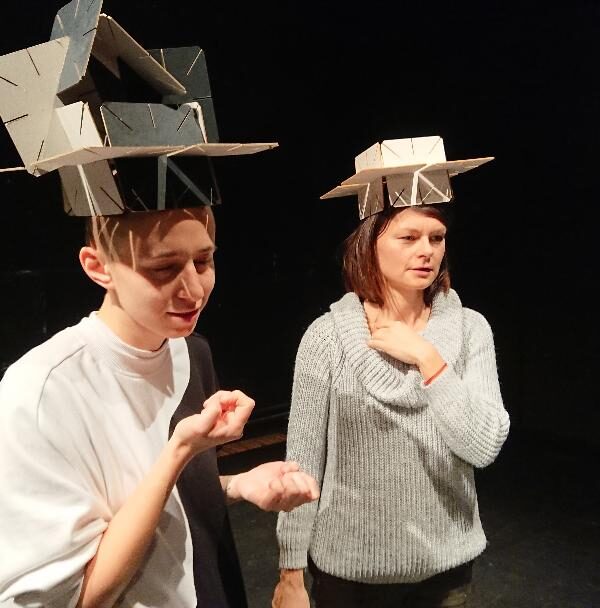 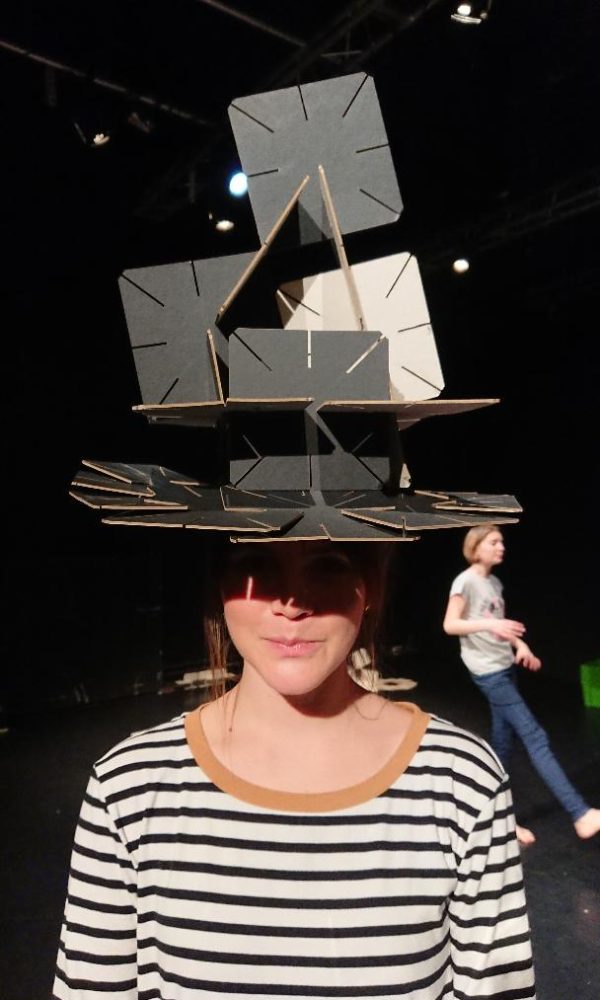 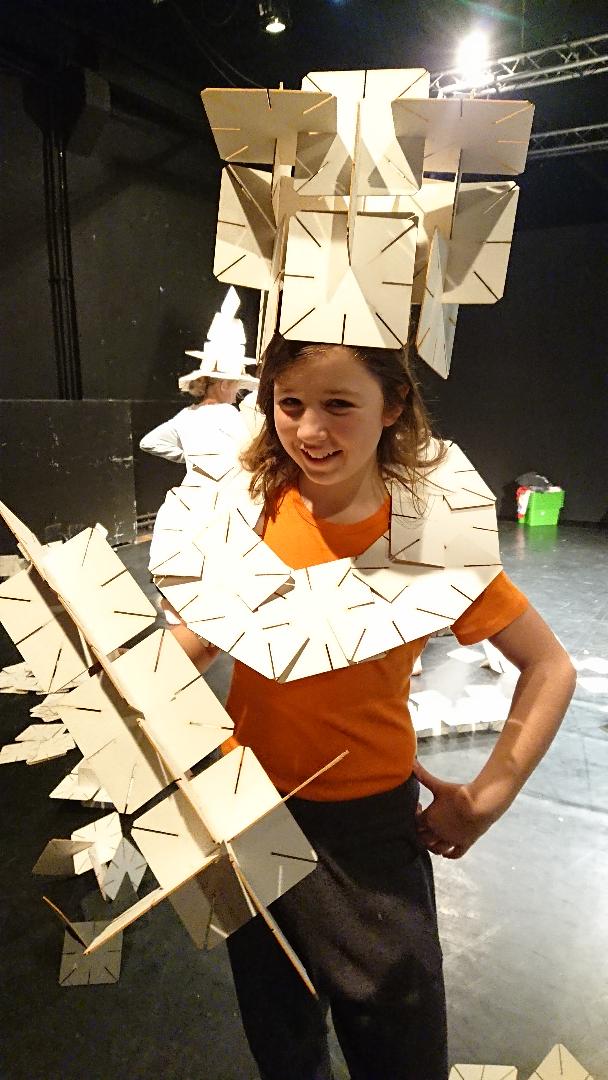 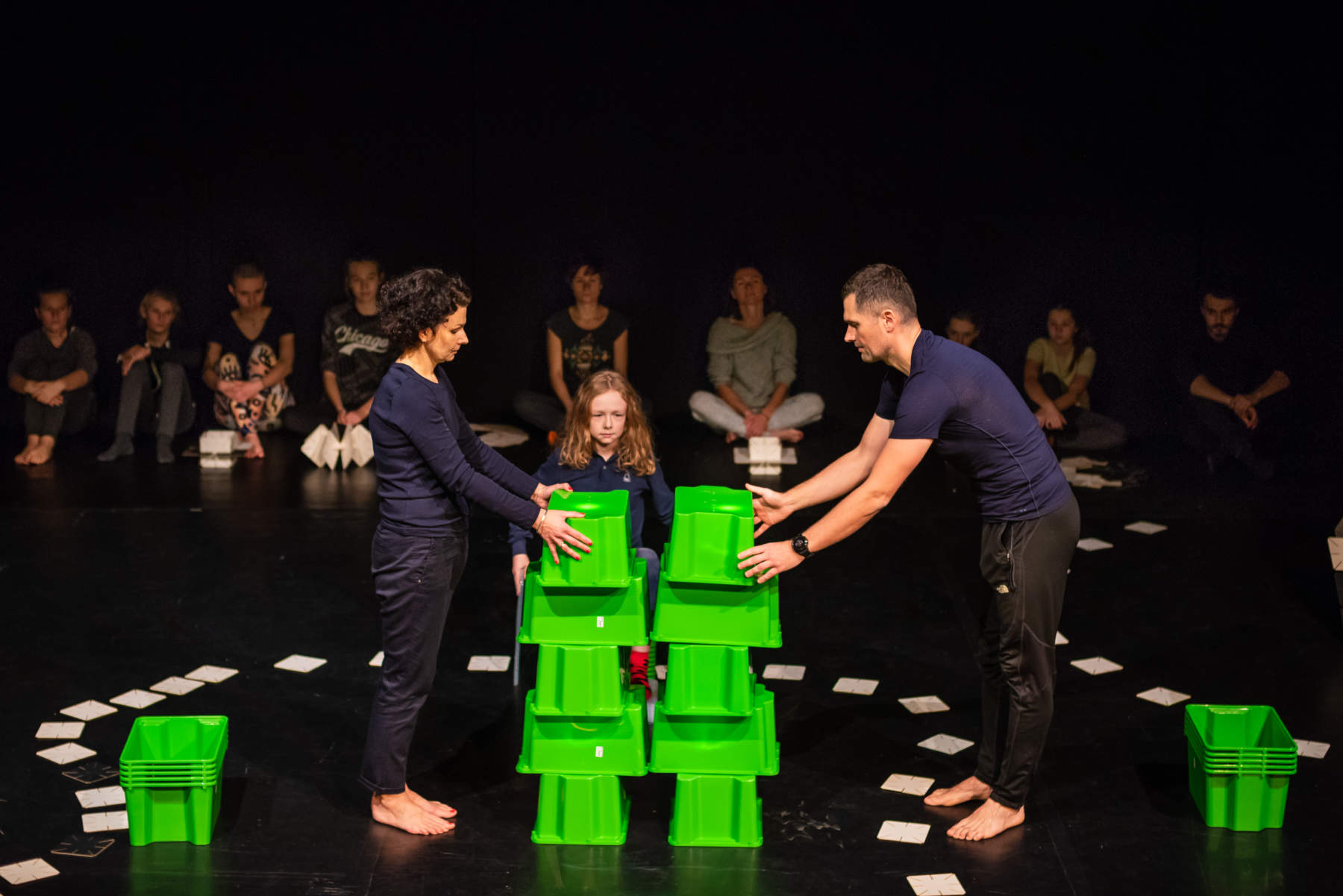 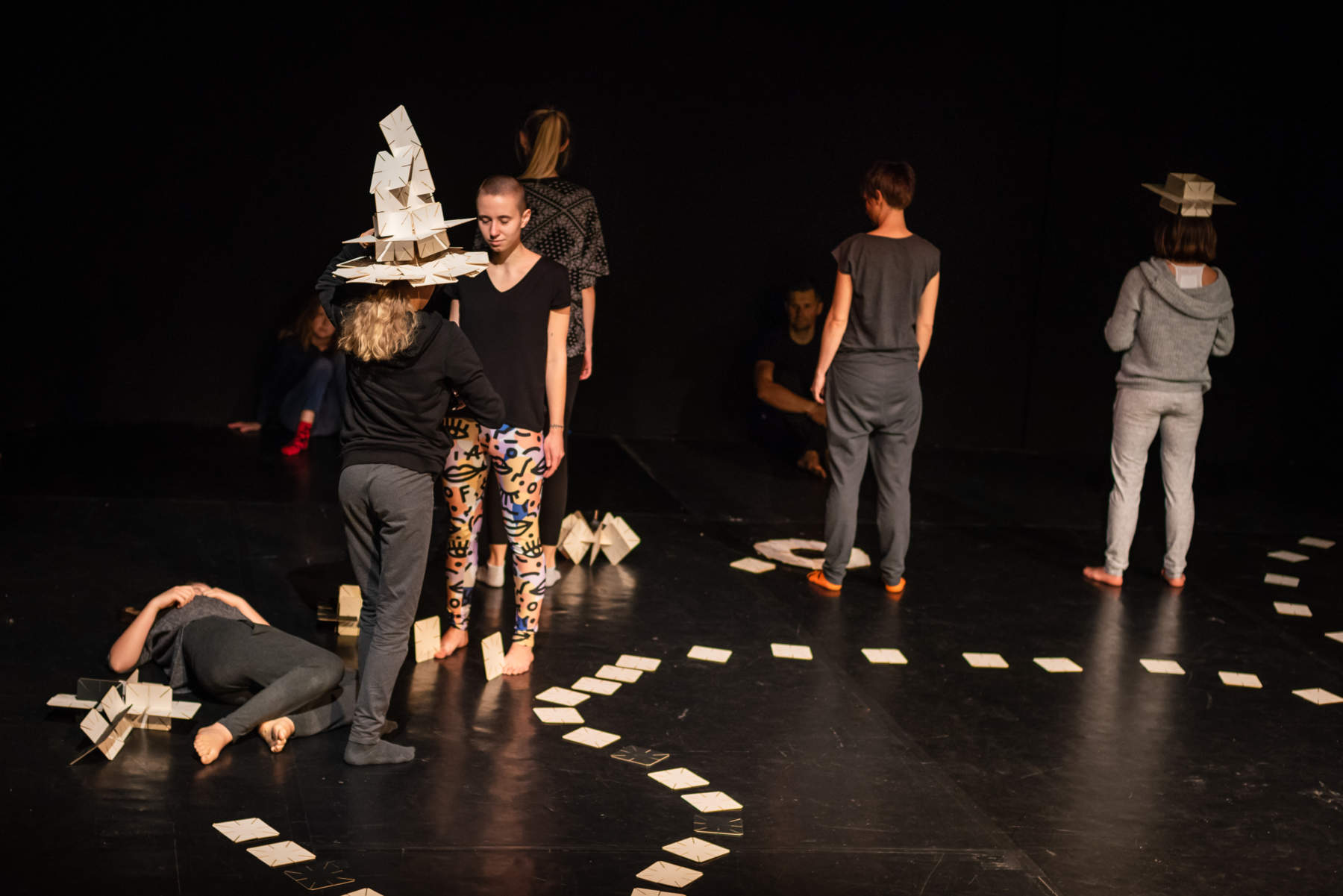