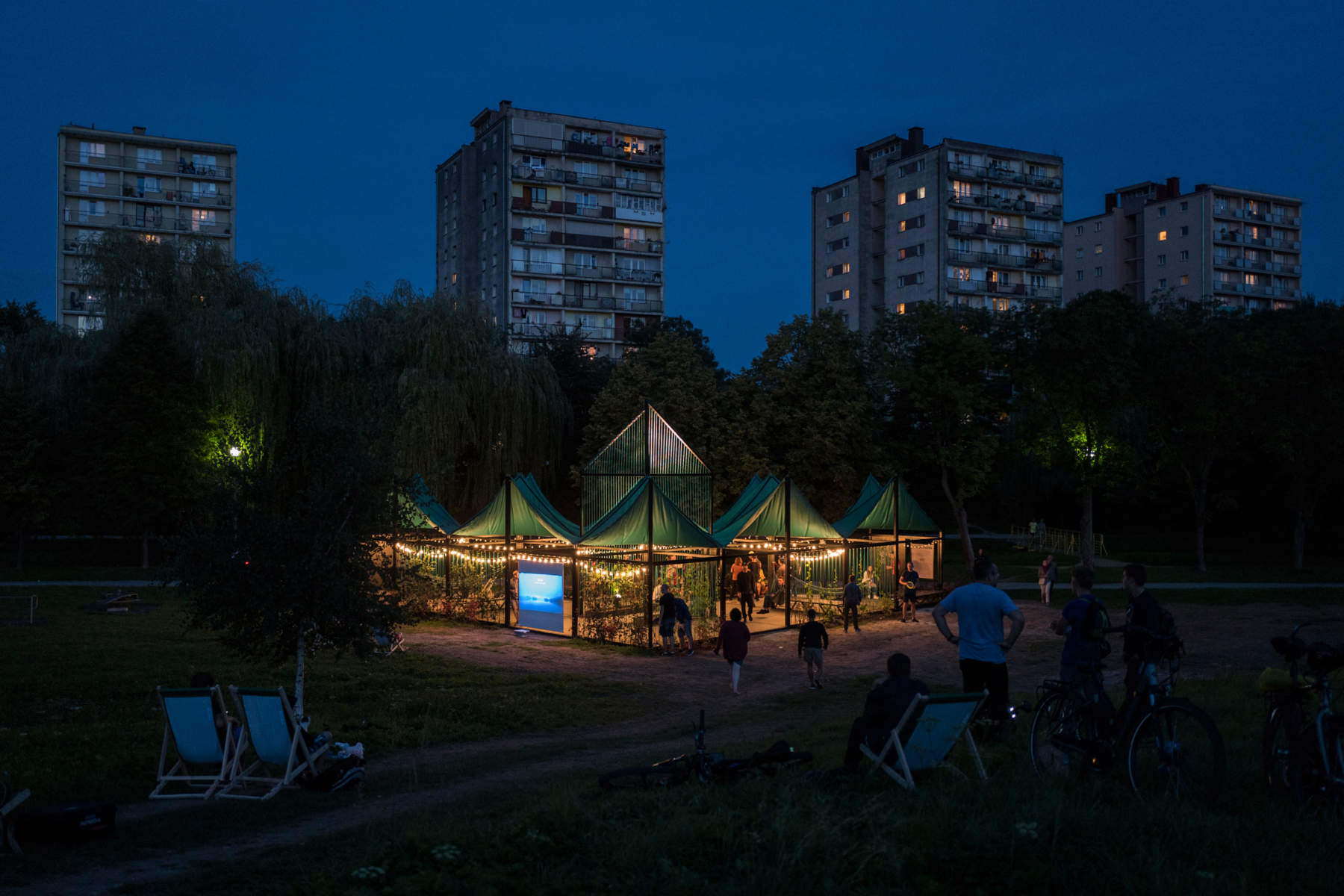 2019 issue of Lechstarter’s programme aimed at enhancing and helping the activities of Polish NGOs is double-folded. Lechstarter not only decided to provide two-years long grants to winning program proposals sent by a numer of organizations from all over the country, but also ventured into creating an infrastructural tool. This i show we were invited, first to propose an art installation, than to shift the thinking into a customizable system of modules that can be configured to fit different needs and locations. Lechstarter grant competition ended with three winning cities, being Rzeszów, Kielce and Szczecin where consecutive pavilion-alike structures were erected. The structures based on 3×3 meter „pixels” providing three different types of modules, including a tall, tower-alike trelly/pergola and textile roof-covered spaces in which all kind of parafrenalia could be fit. The „extras” include a suspended platform that cen be mounted in three heights becoming a bench, table and bar counter. The rest are screens for film projections, projectors, greenery (plantings), hammocks, trelly walls out of nylon rope and black drawing walls. Each organization chose it’s own configuration depending on location and activities they have planned for two years, yet, accoring to declarations our hooligaan-proof sturdy structures will stay as permanent cultural infrastructure. What’s quite intresting in a country where socjety is highly divided is that the erection and functionning of Lechstarter installation is an effect of inter-sectorial collaboration with helpful municipalities giving fast permits, NGOs organizing the activities and a corporation not only paying but also orchestrating and producing the entire project. It’s a rare thing to see in Poland! 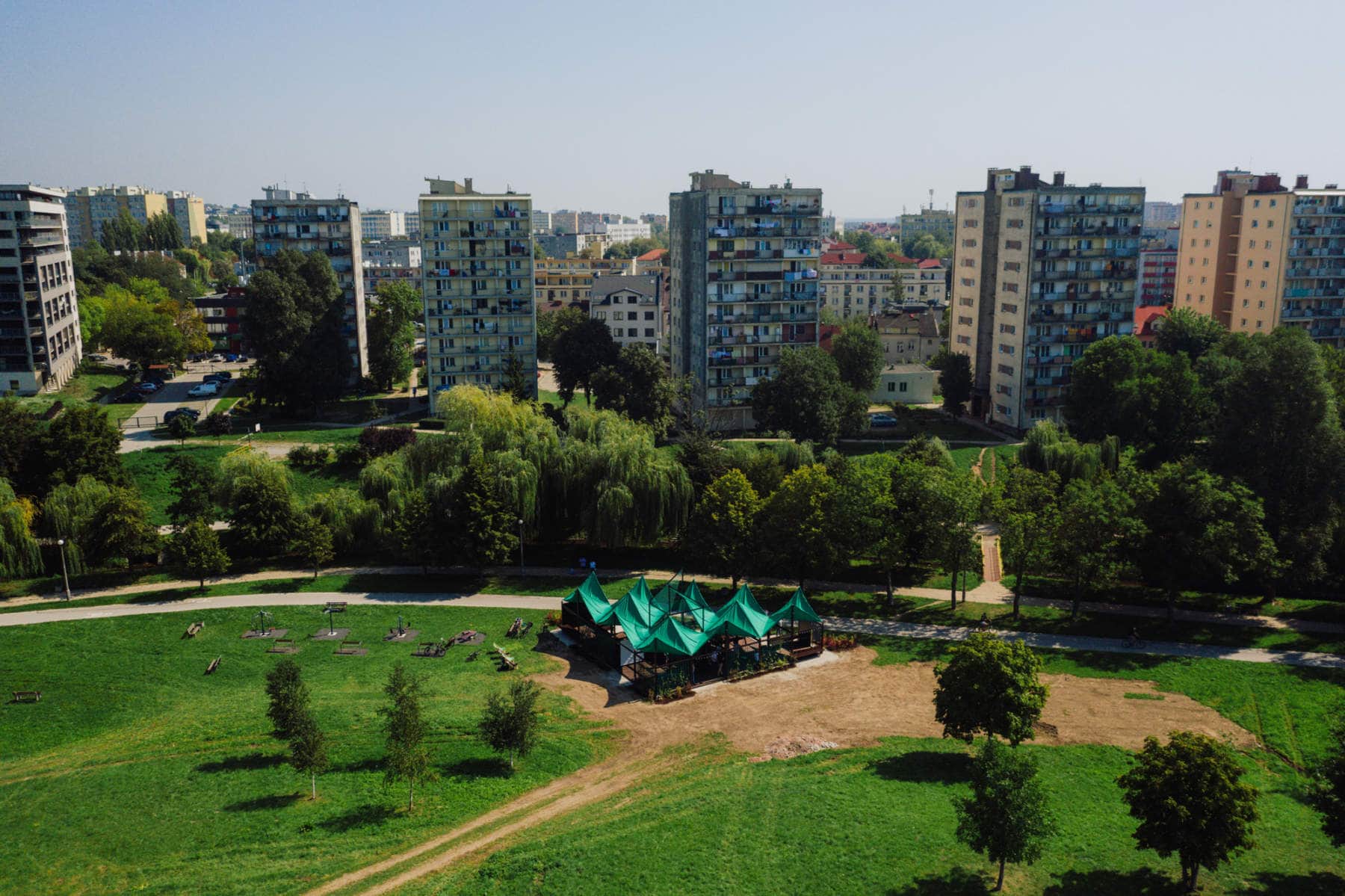 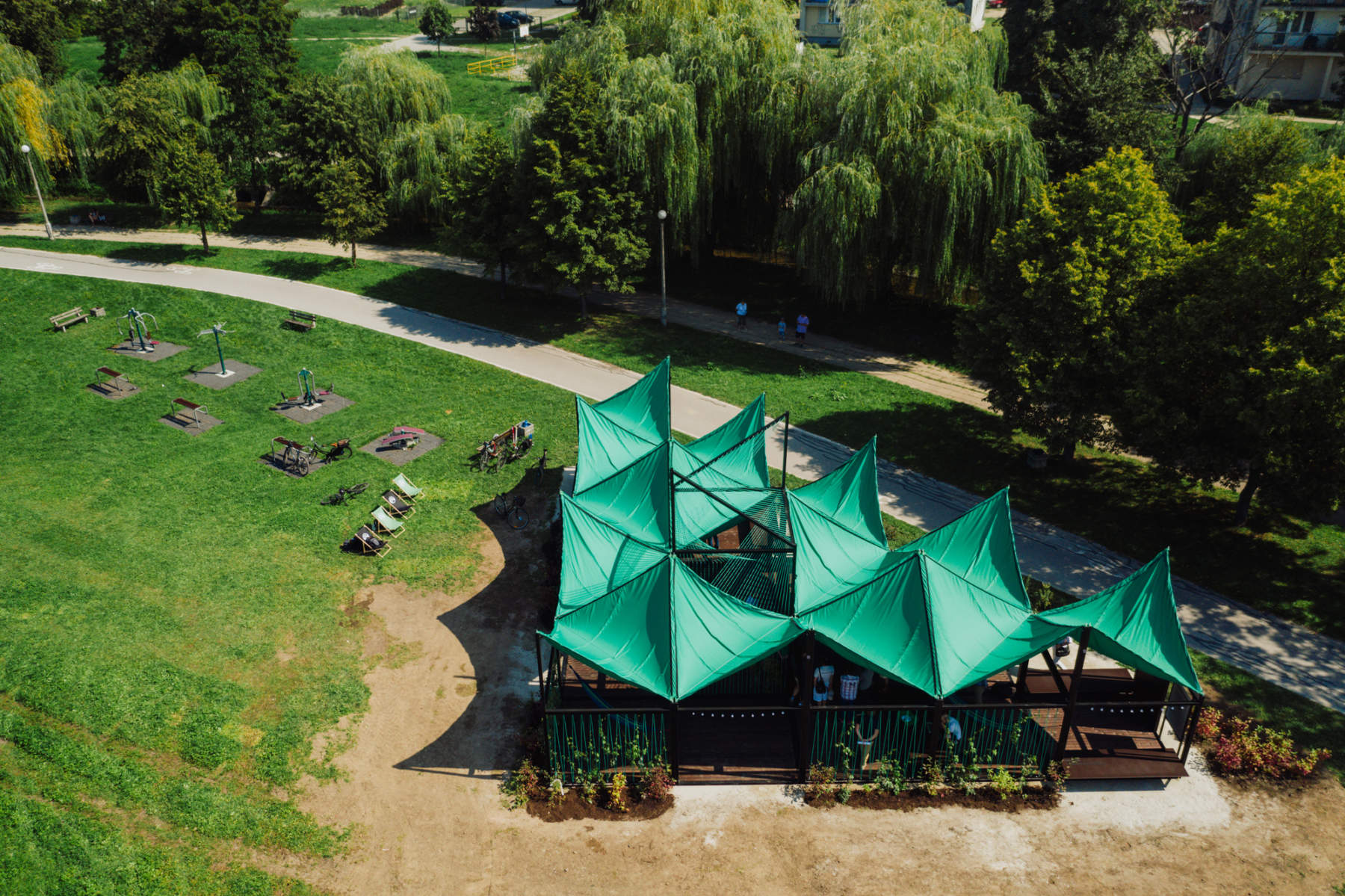 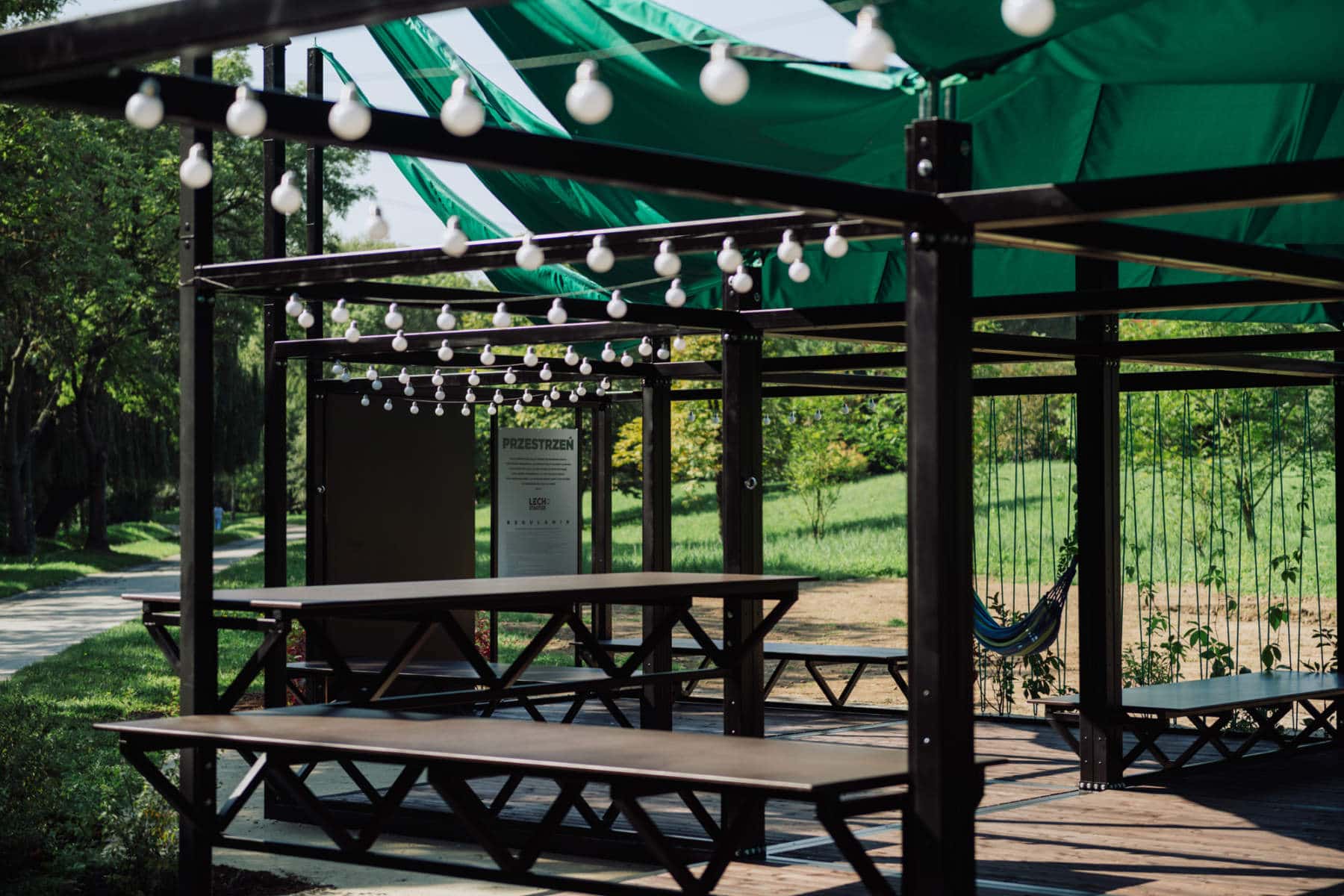 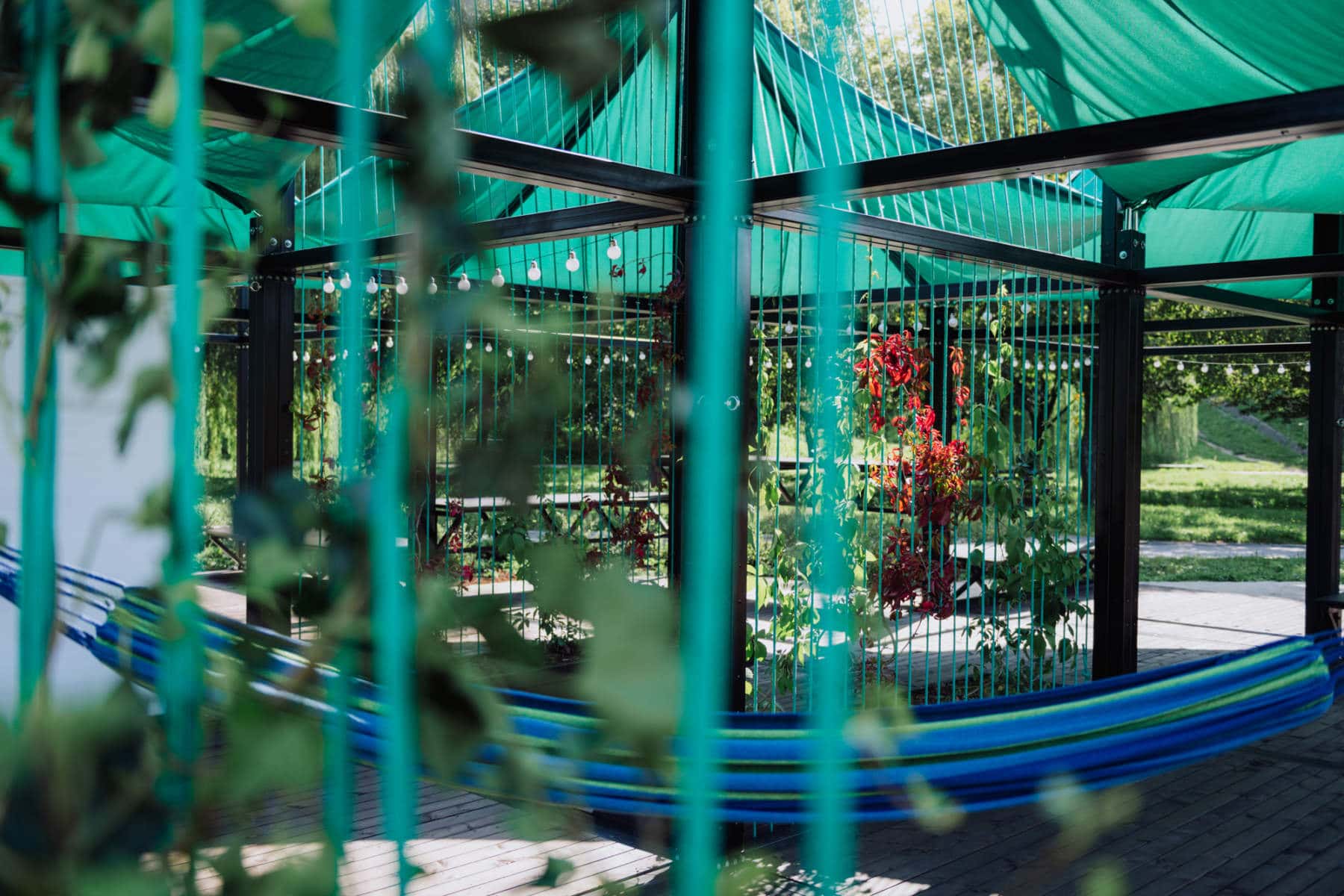 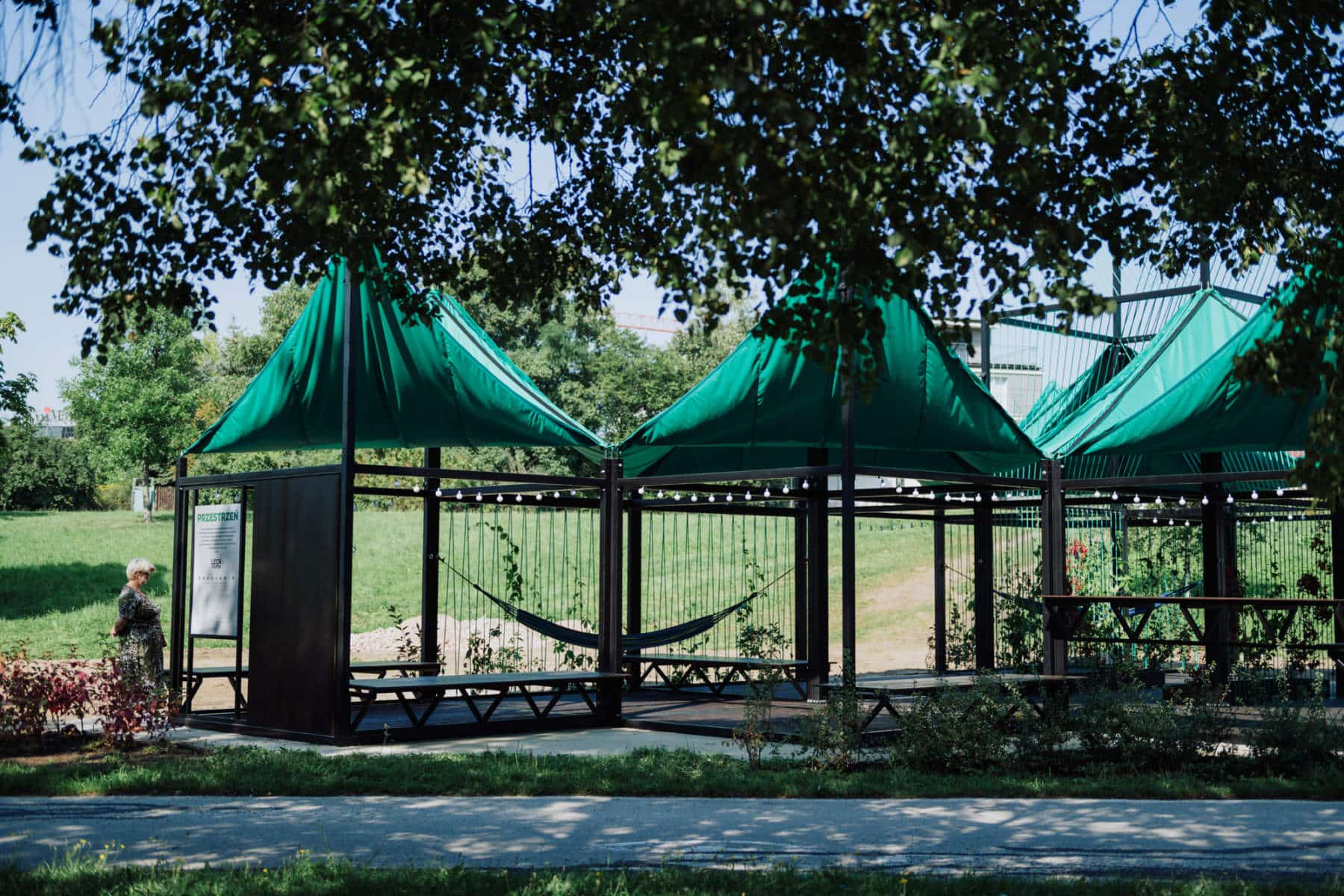 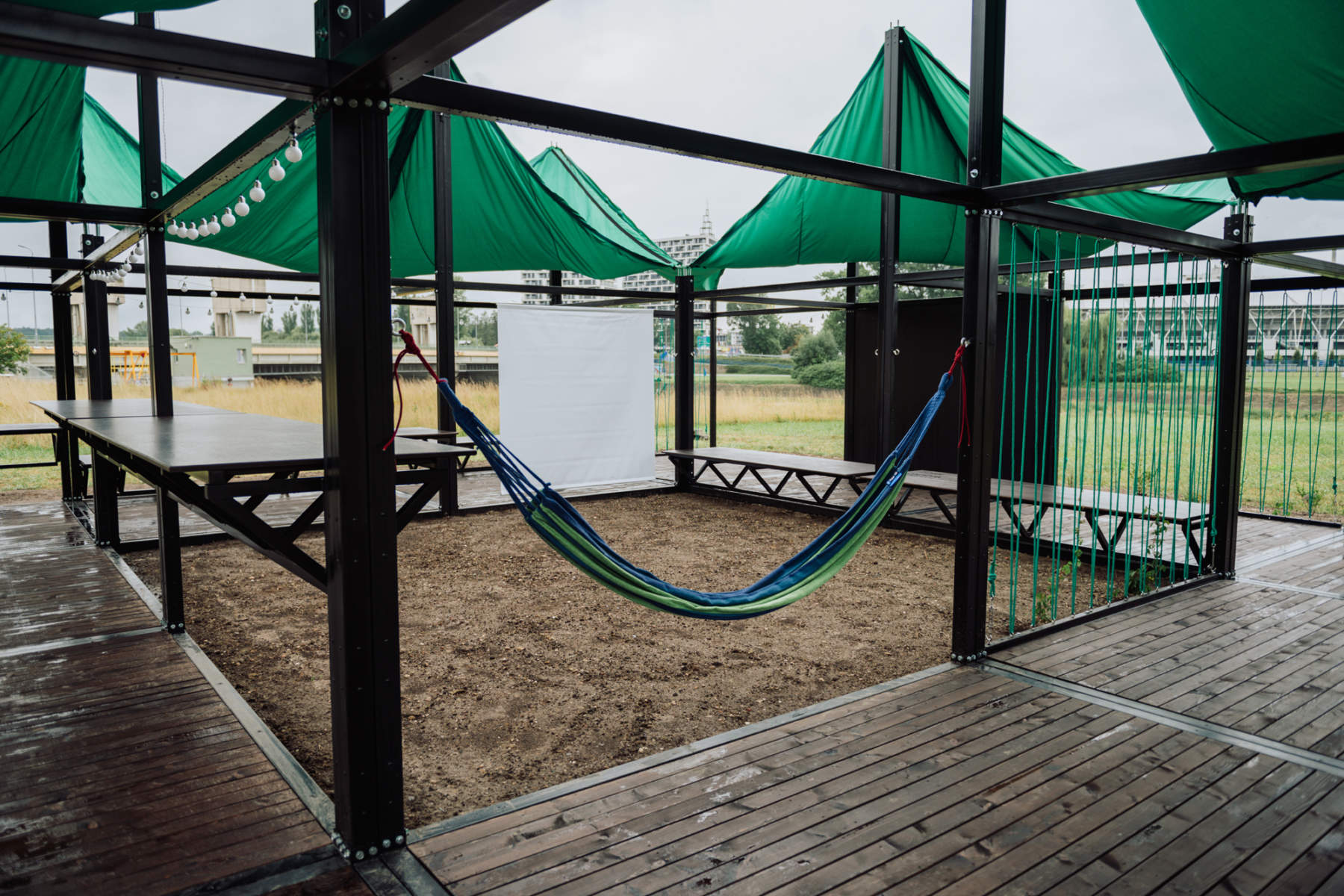