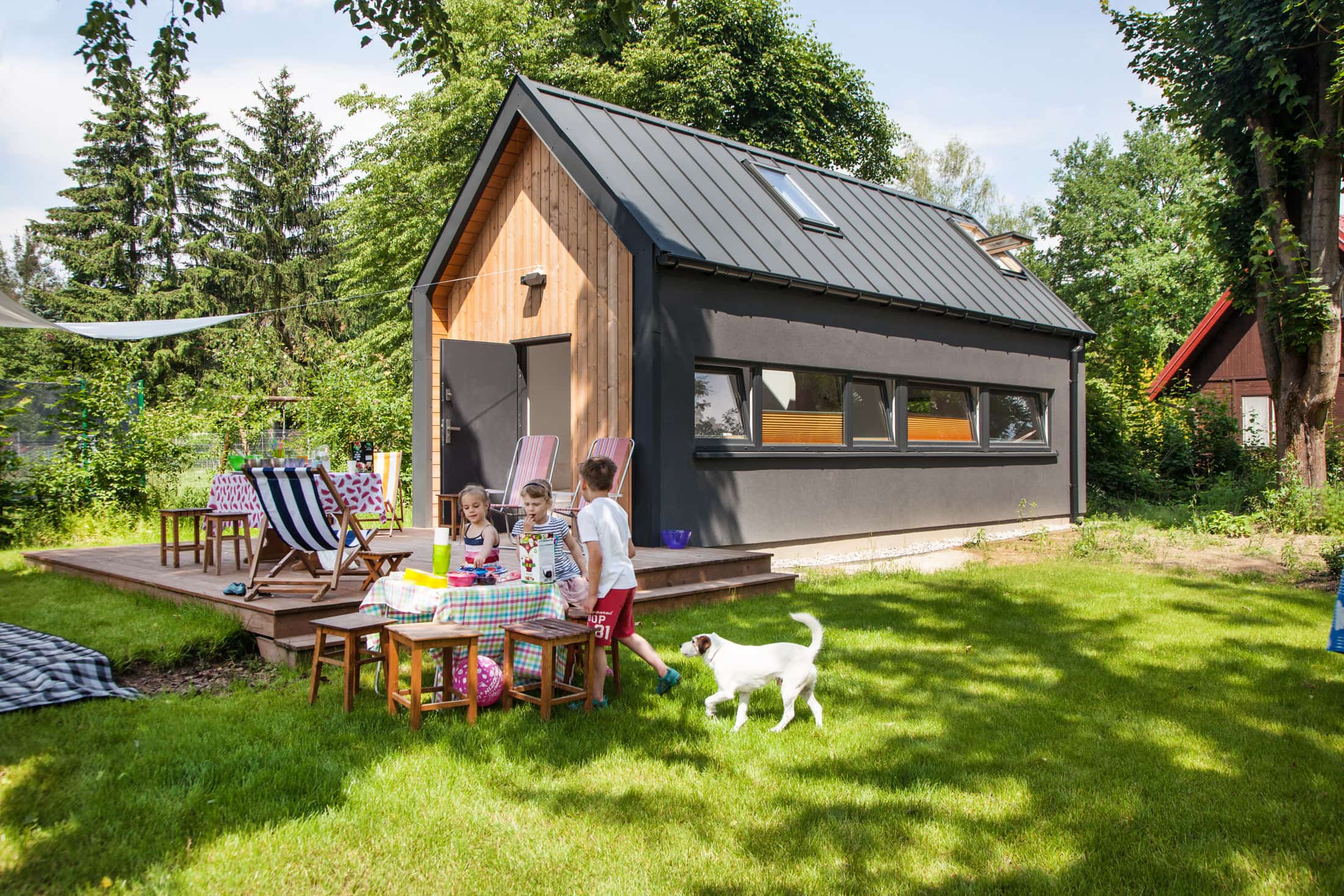 First built prototype of Simple House’s SIM 35_45 came to light of day one summer morning in an recreational compound outside of Warsaw where local edification rules permit only houses till 35m2 in built surface and 5m tall from the ground. It was built for a family of four as a summer house, yet, it enables a year-round use thanks to relatively thick walls and ceiling and a heating system combinig gas heater and a fireplace („koza”- „the goat” is an efficient way of dealing with heating shortages if necessary). This micro-house offers a small but tall living room, a three-module kitchenette, a bathroom, a parents bedroom and a mezzanine for kids. The form responds to Simple House’s aesthetics used in bigger homes and in sports a lush ribbon window along he southern facade. Made out of prefabricated modular frames it also responds to Simple House’s technology and it can be erected in 3-5 weeks. It’s author sees it as his personal choice for himself and for Poles who’s retirement plan bases on deficient social security system. 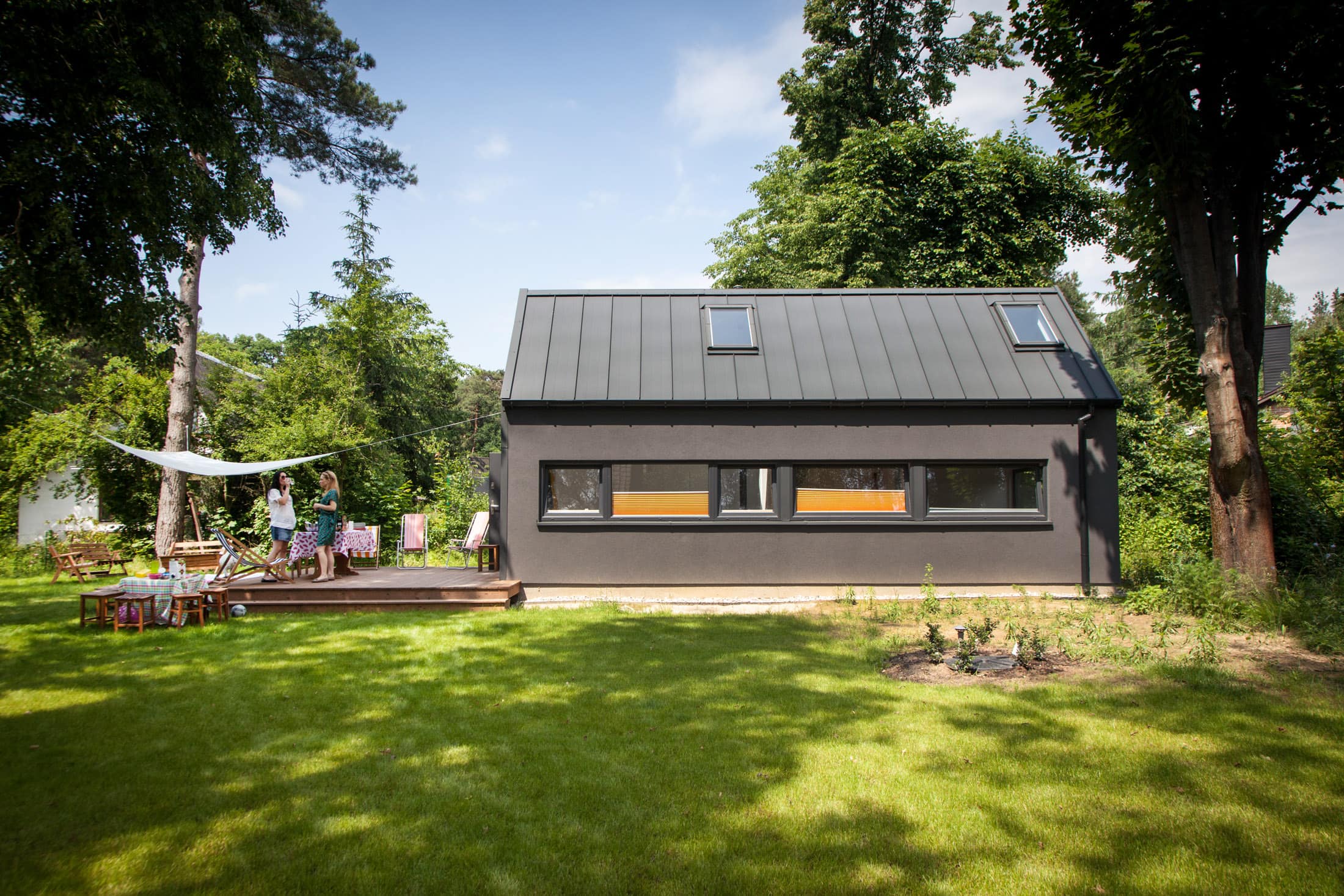 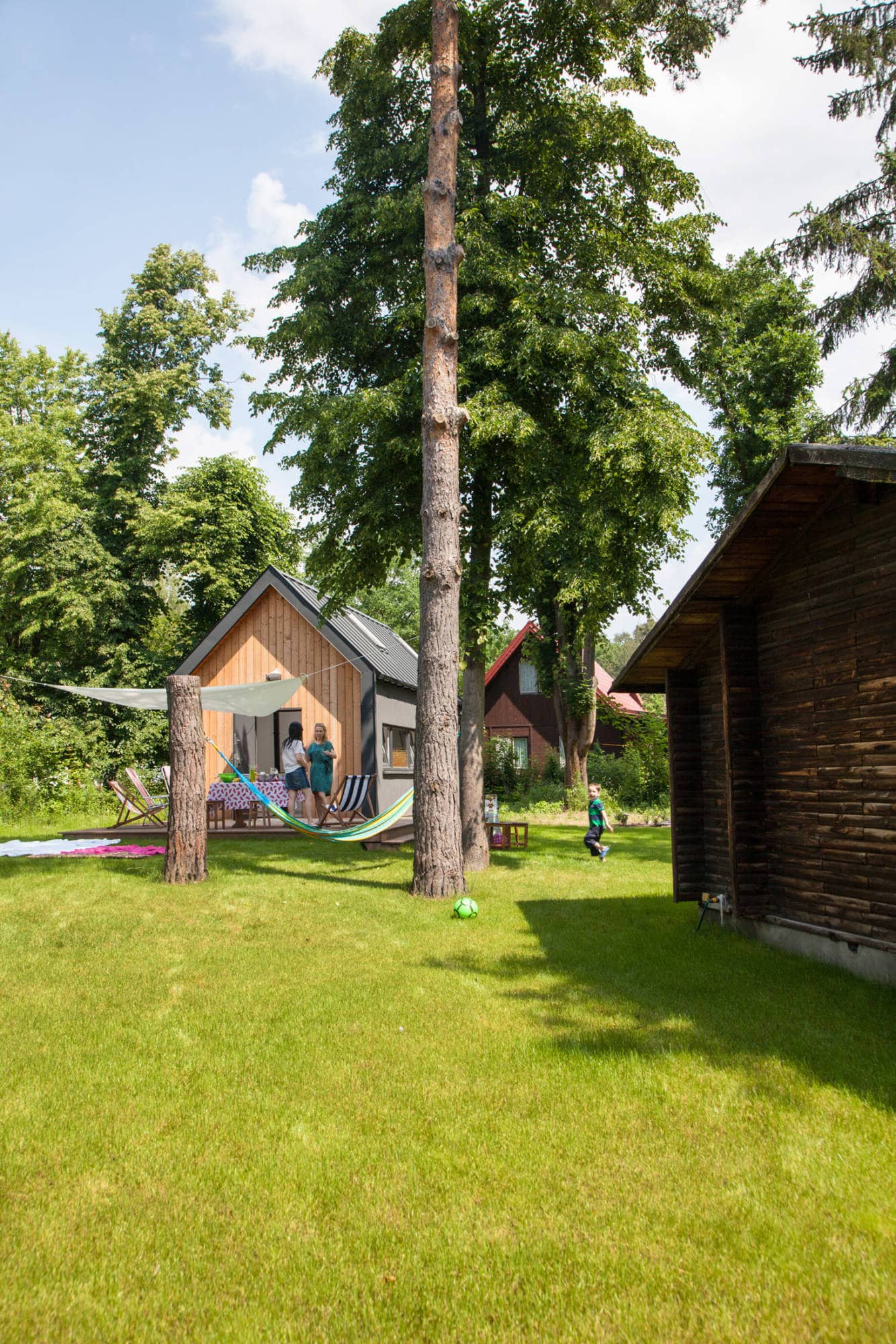 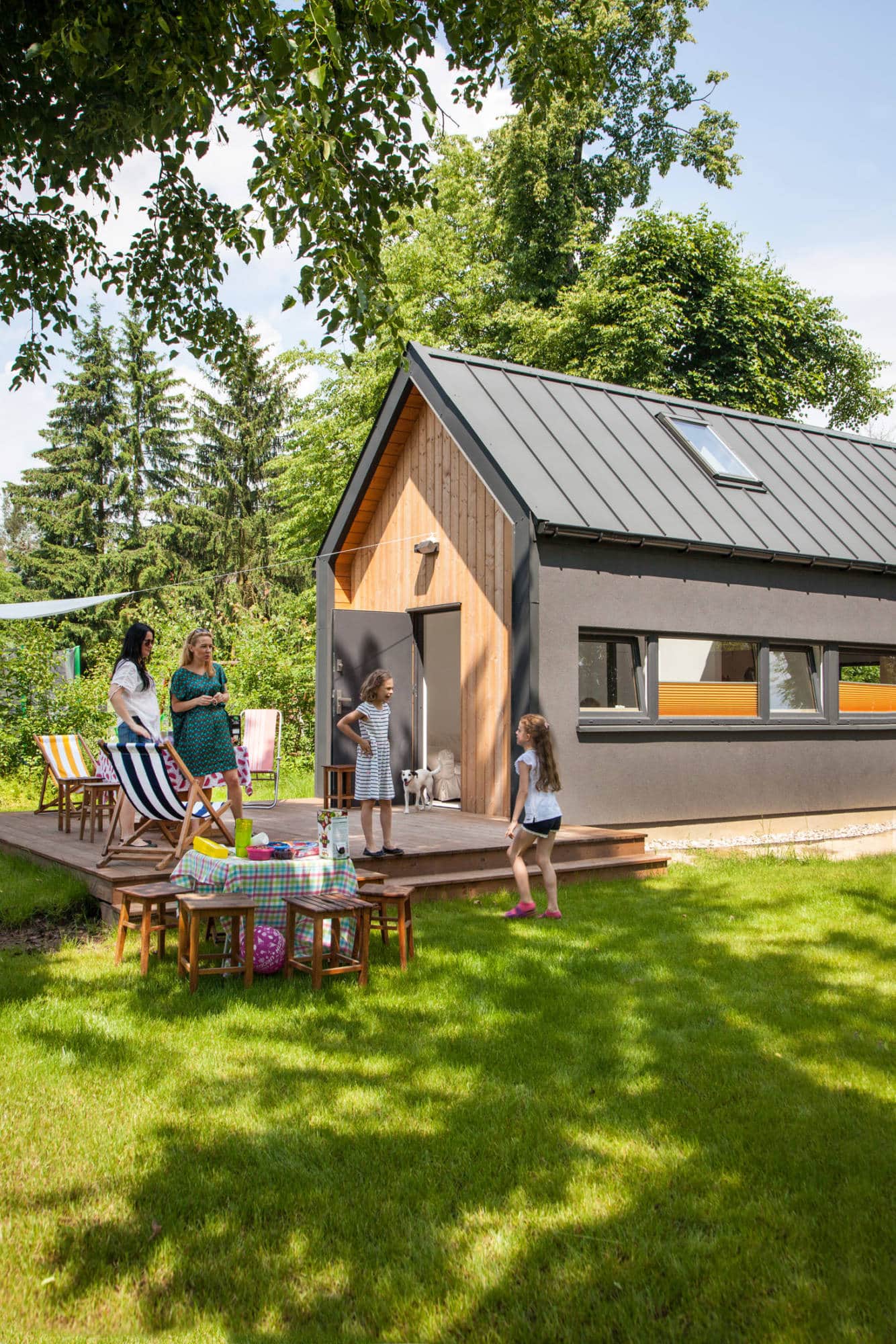 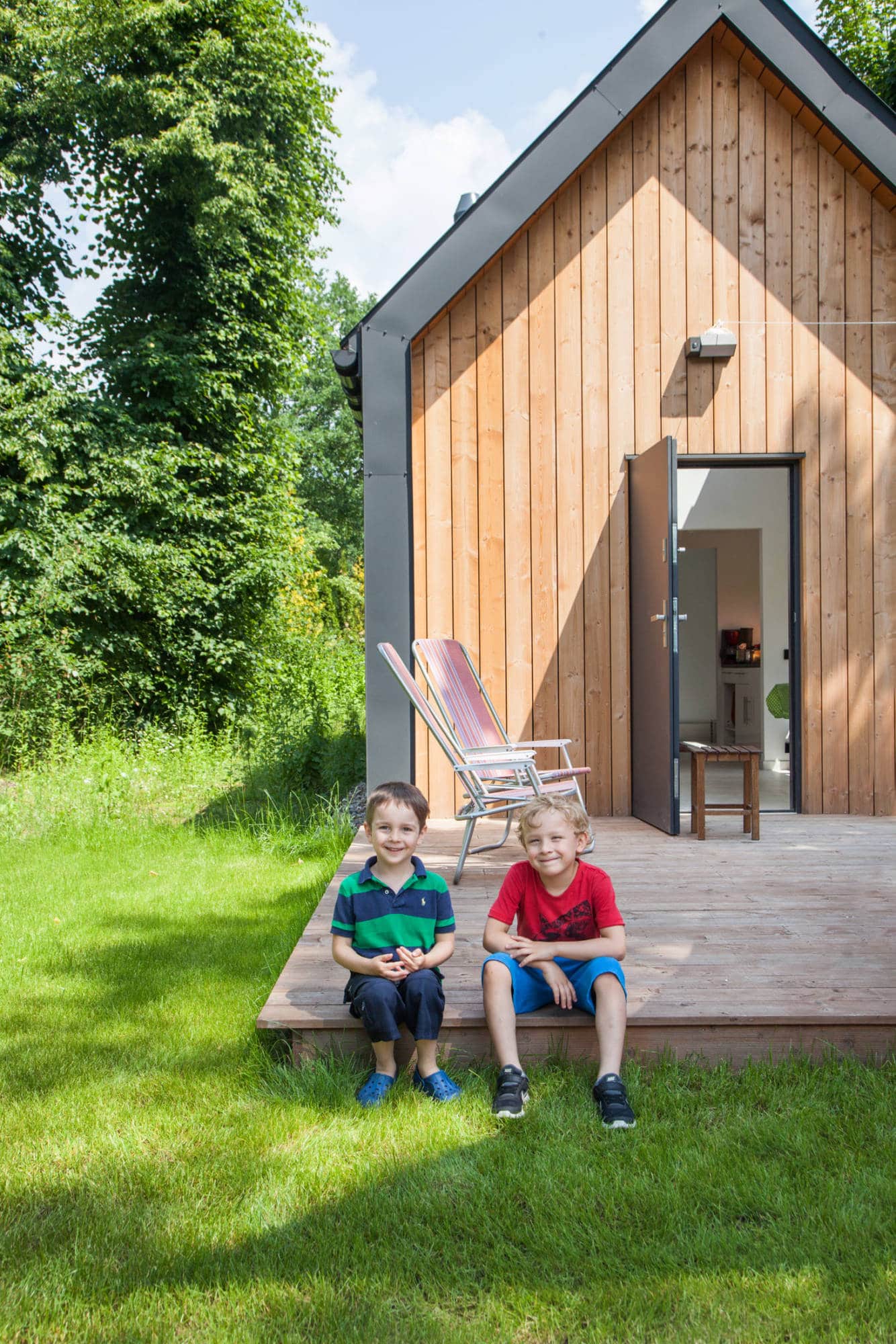 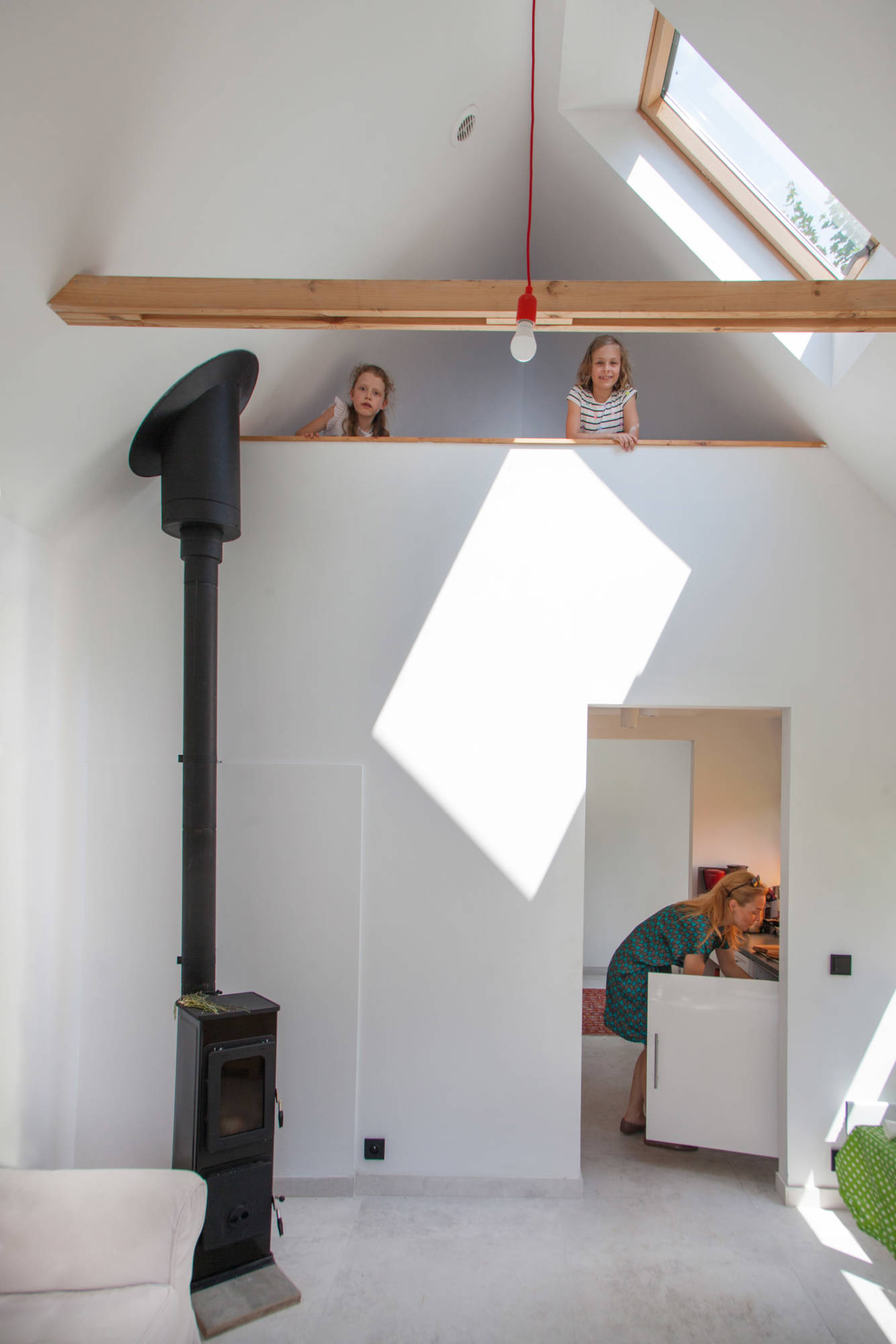 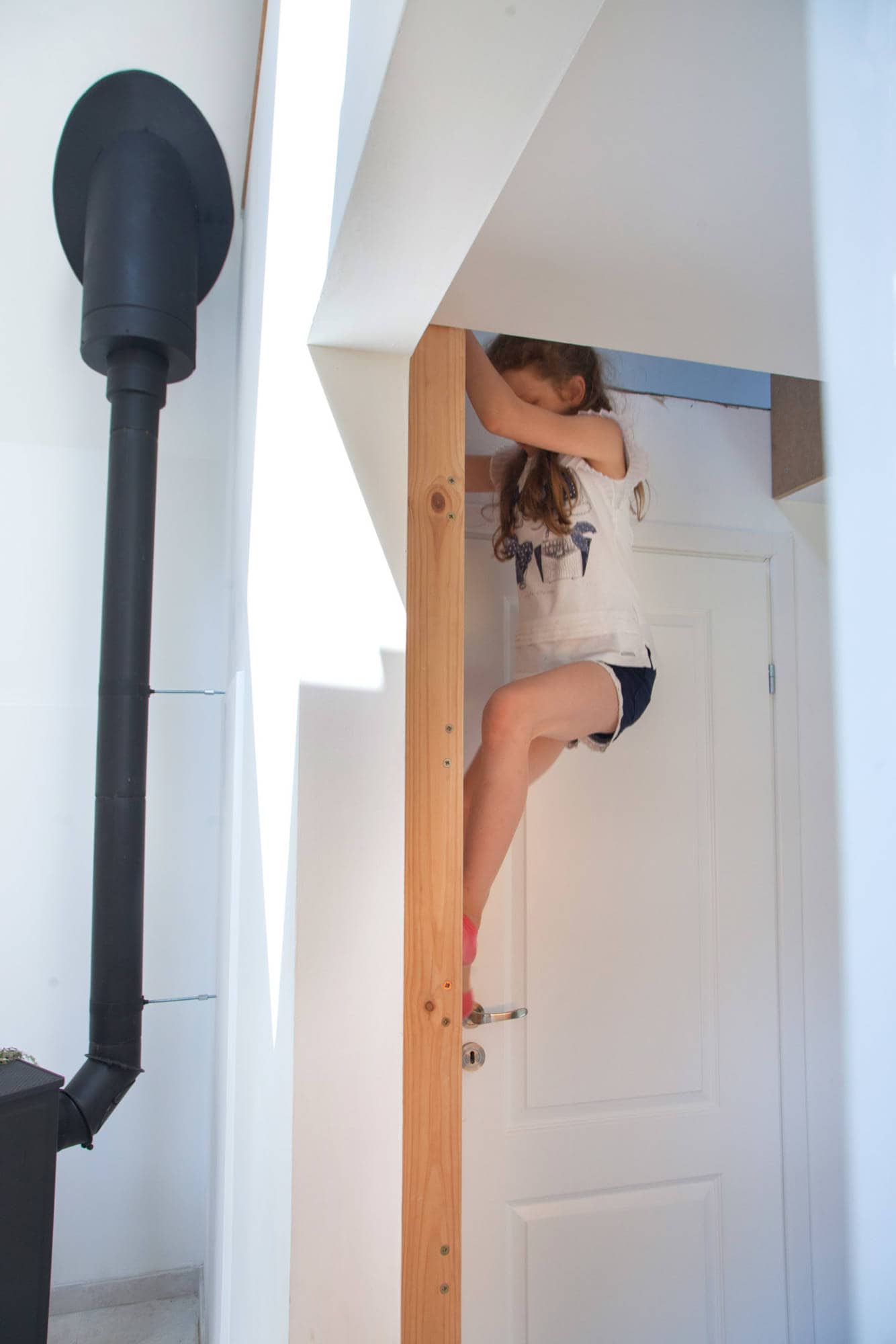 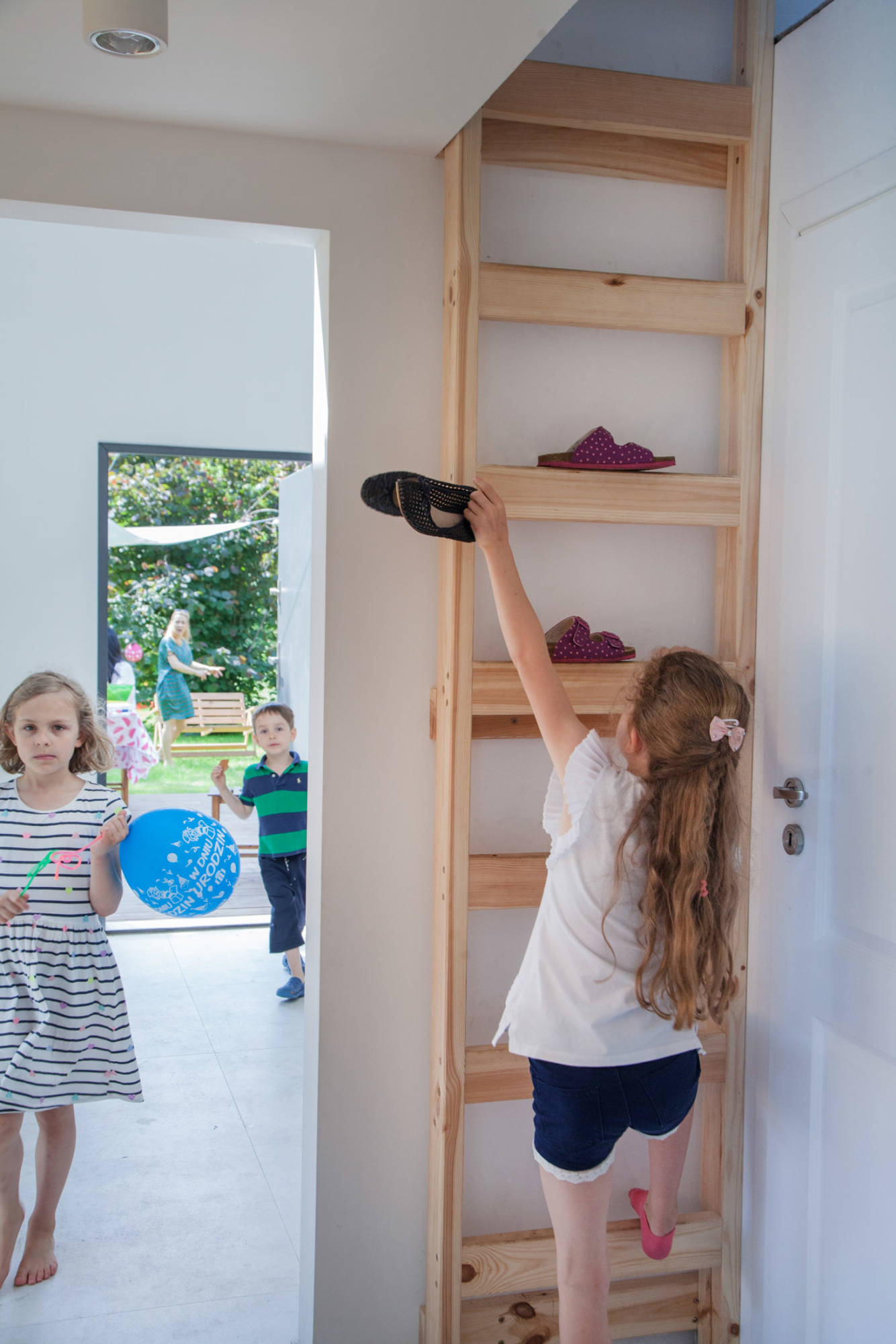