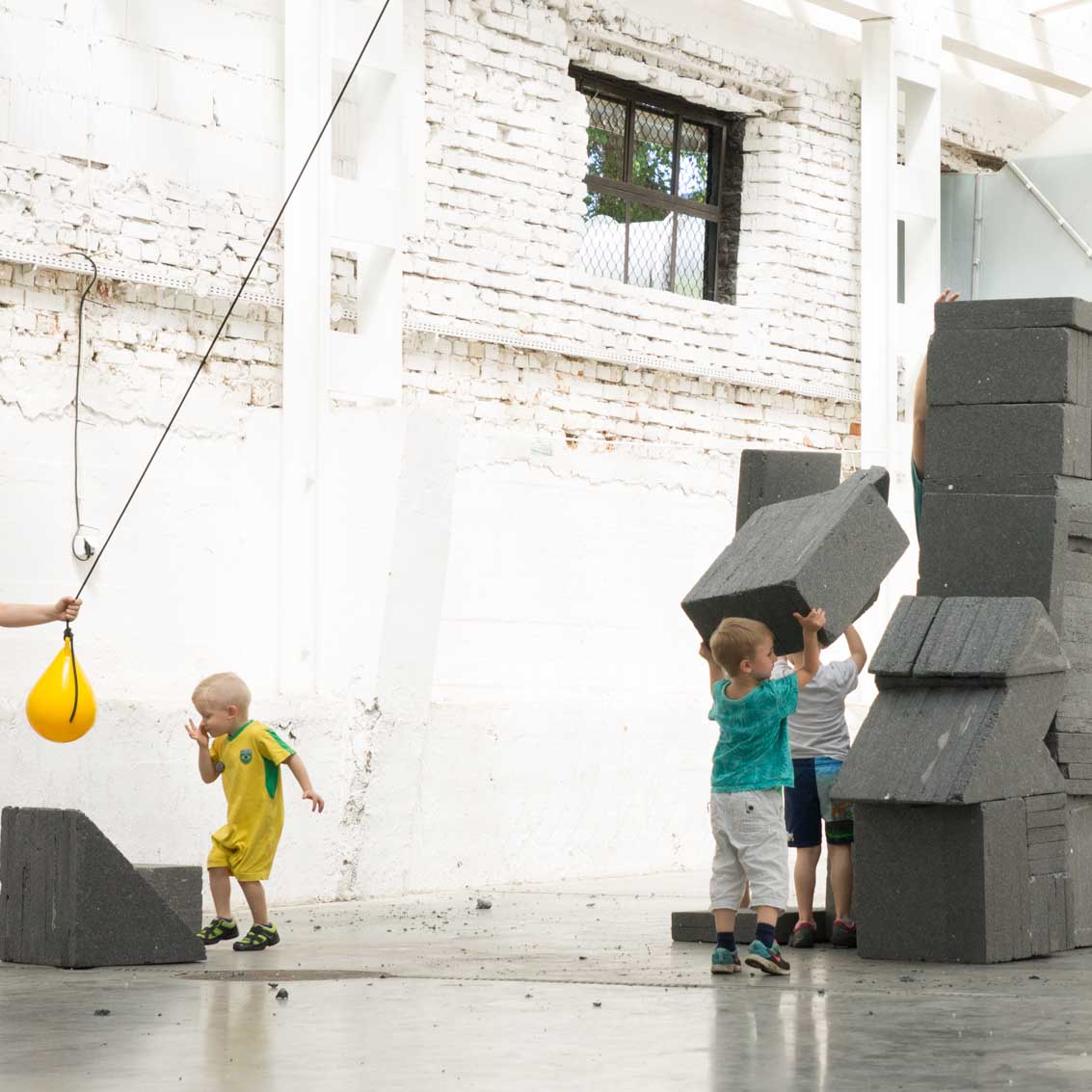 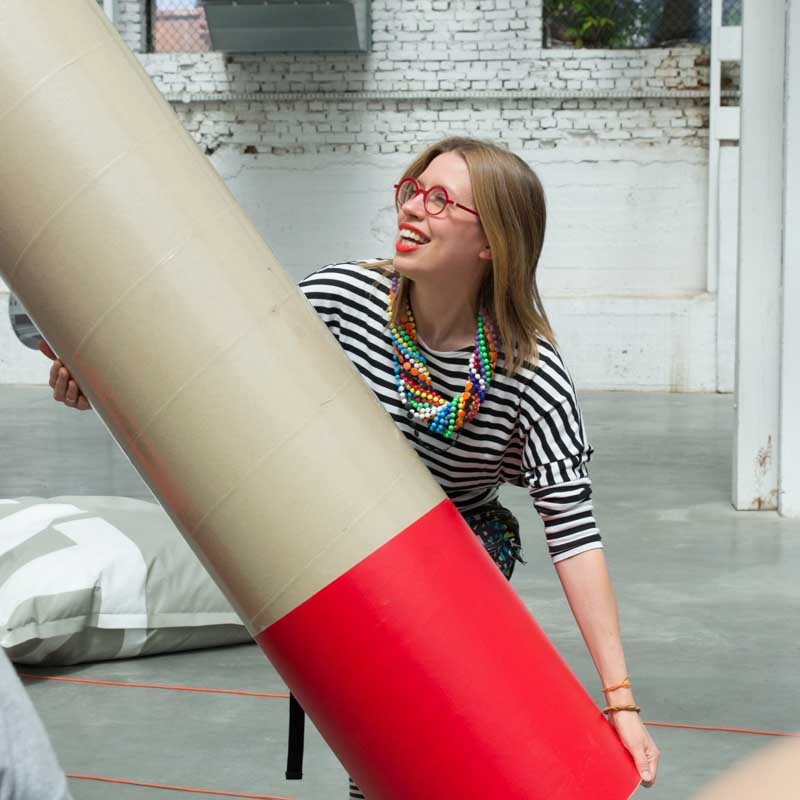 Warsaw has a dramatic history that can be seen in many aspects of it’s urban composition, man-made landscapes and architecture, yet, many Warsawers don’t know about city’s main feature: the mobility of it’s architecture resulting from changing politics, XX-century wars and city’s modernization after WW2. Along with Centrala (Małgorzata Kuciewicz and Simone de Iacobis) we’ve proposed an interactive exhibition on changing shape of Warsaw for children (and their parents, of course), where interactivity is based on kinetic mobility of objects (dispalys, artefacts, pictures), rather than electronics. Objects representing simplified and scaled, yet still relatively big shapes, are constructed in a way representing their historical changes, such as rotation of a palace, a church that can be painstakingly pushed aside, columns that wait to be lifted and placed in a new location, etc. The challenge was to organize 1,5 thousand square meters of an ex-industrial space in Warsaw’s SOHO Factory complex with a rather modest budget. The exhibition was accompanied by two workshops that later turned into a set of lectures and workshops run by our team in the buildings that received Architectural Prize of the City of Warsaw in 2016. 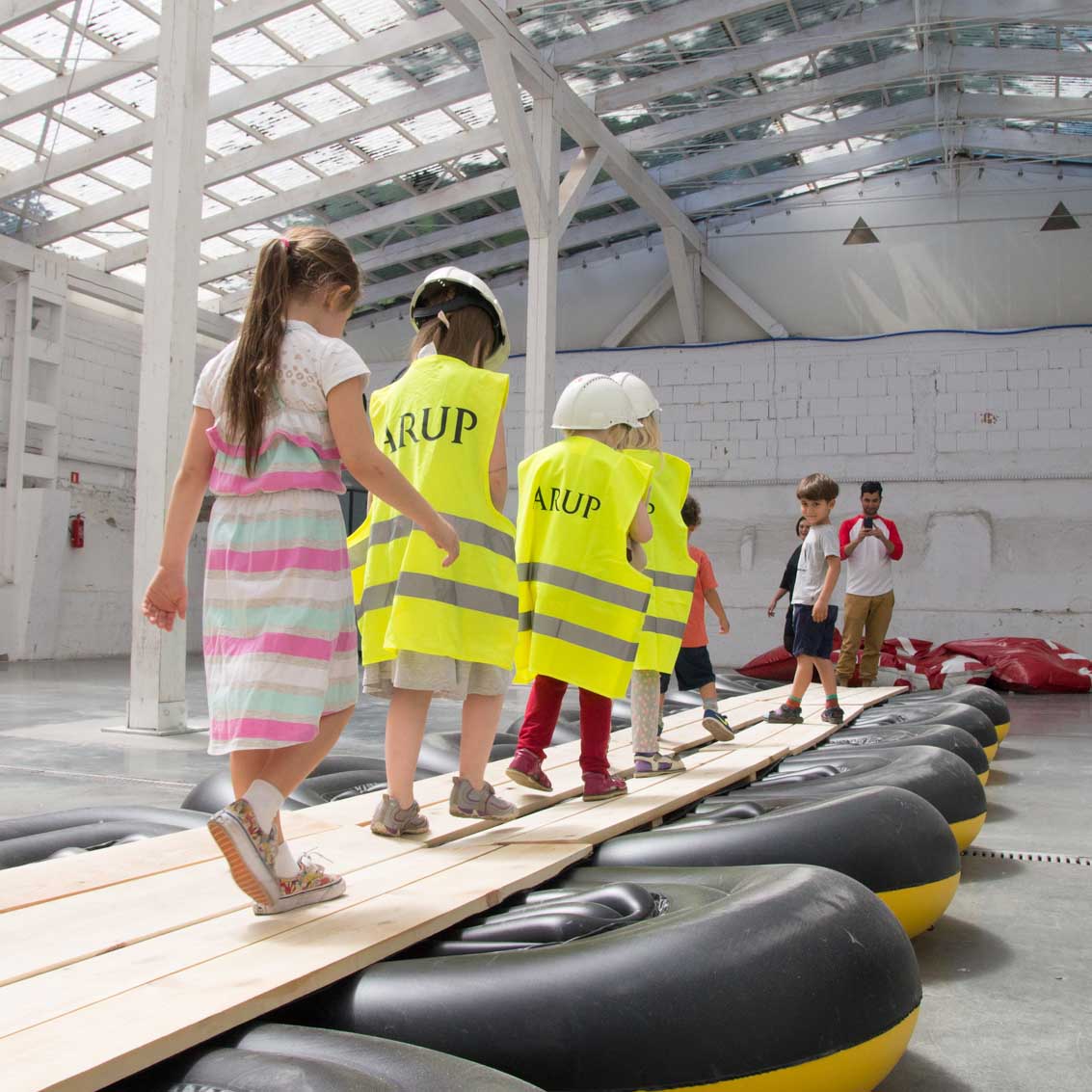 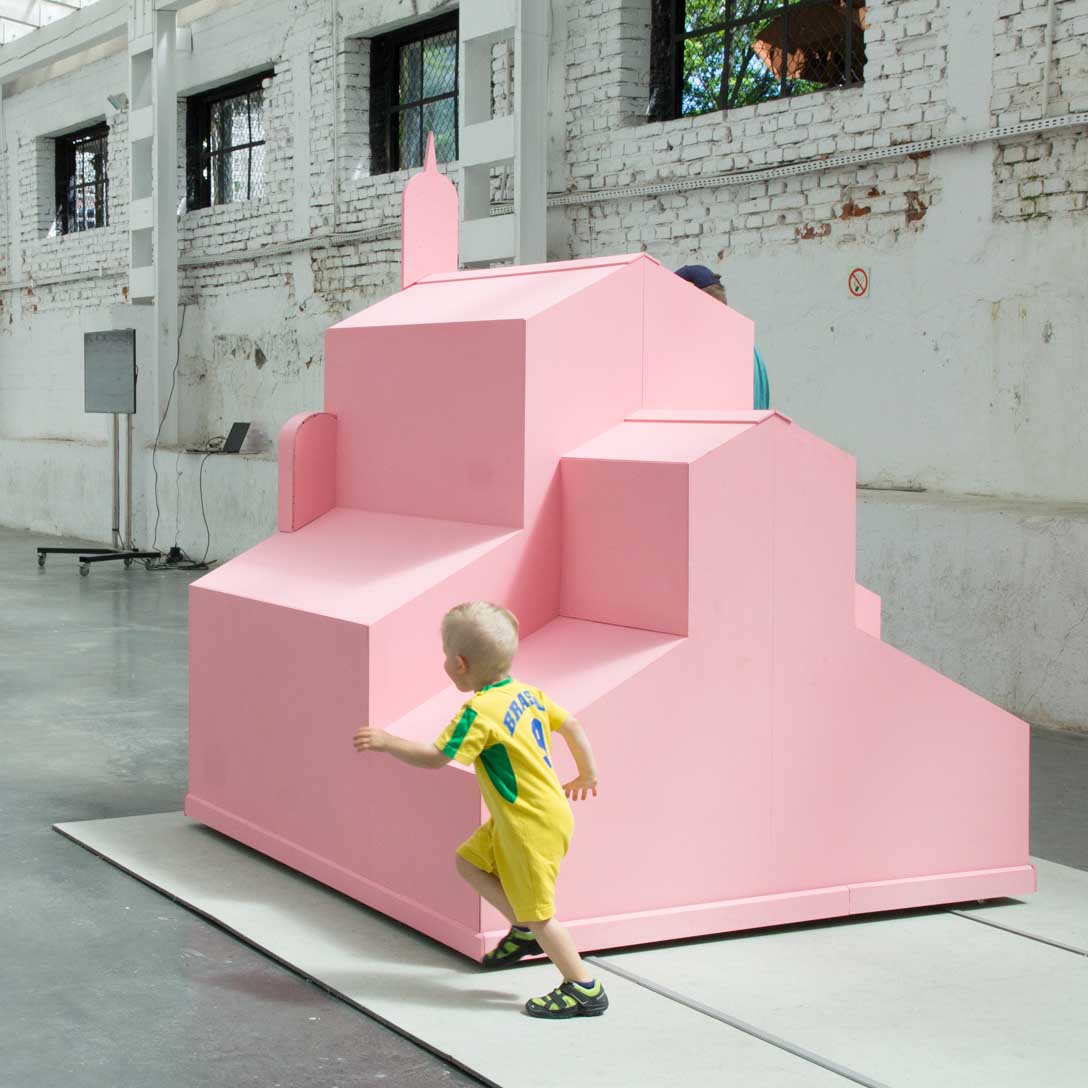 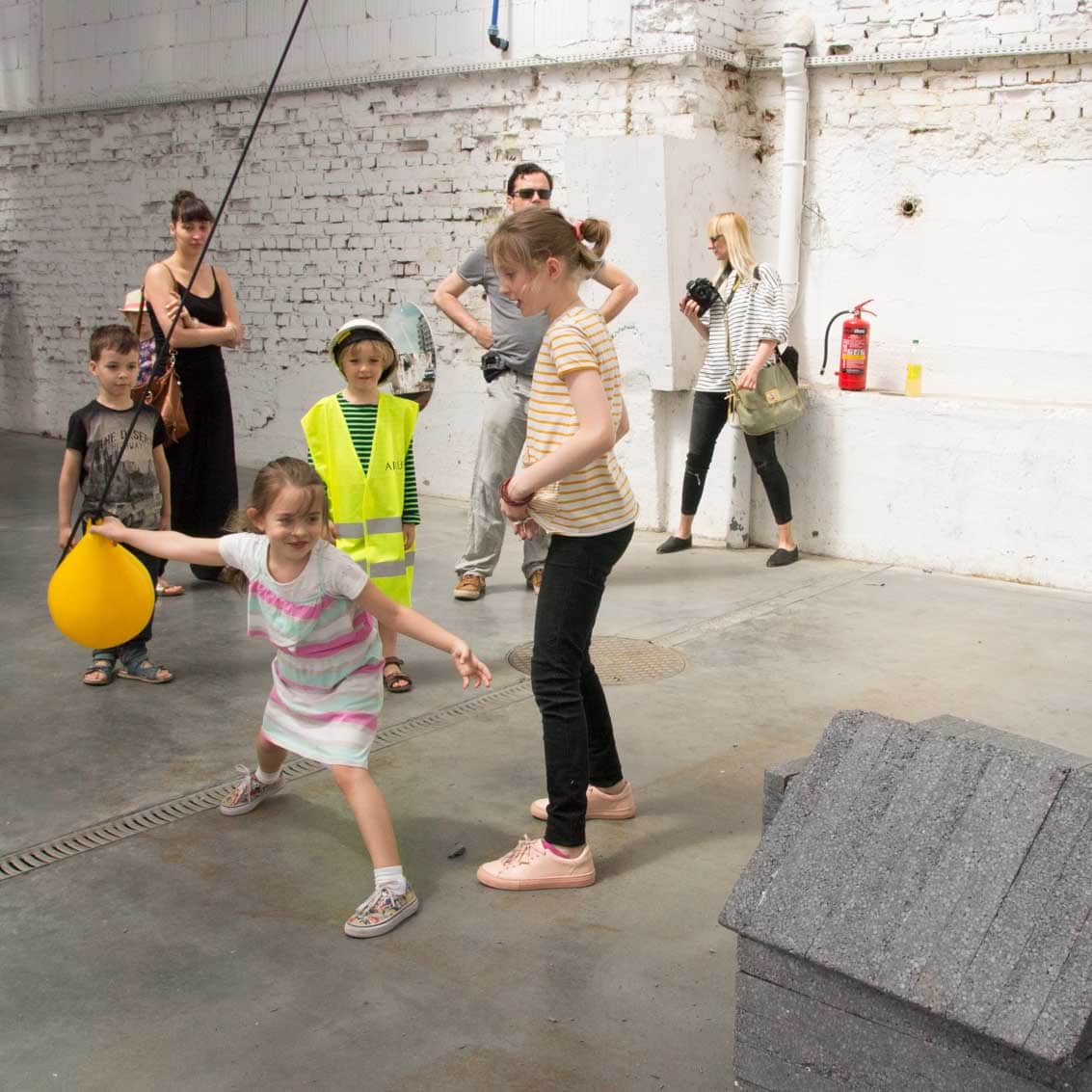 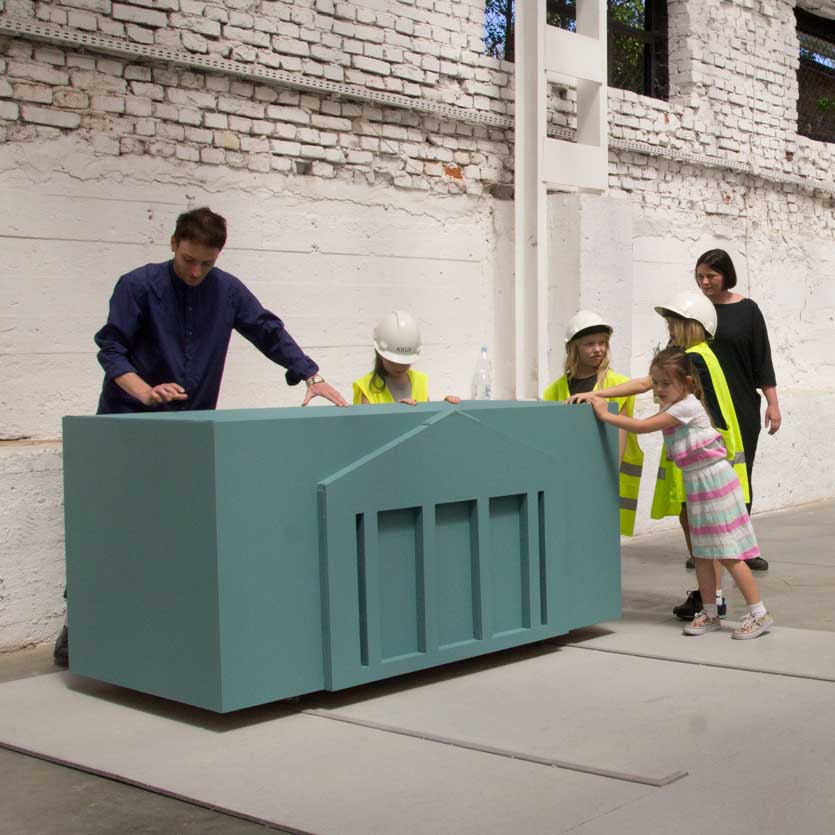 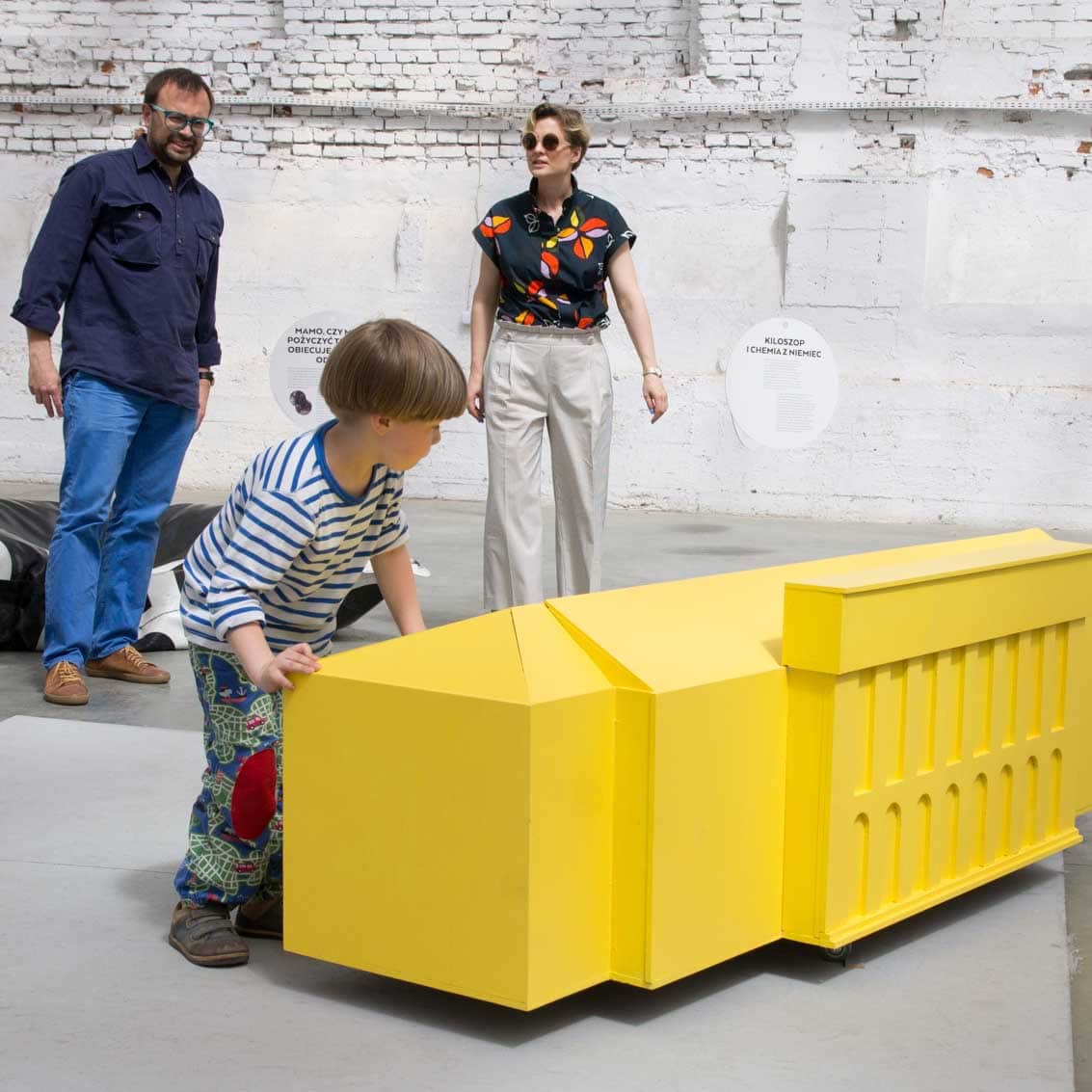 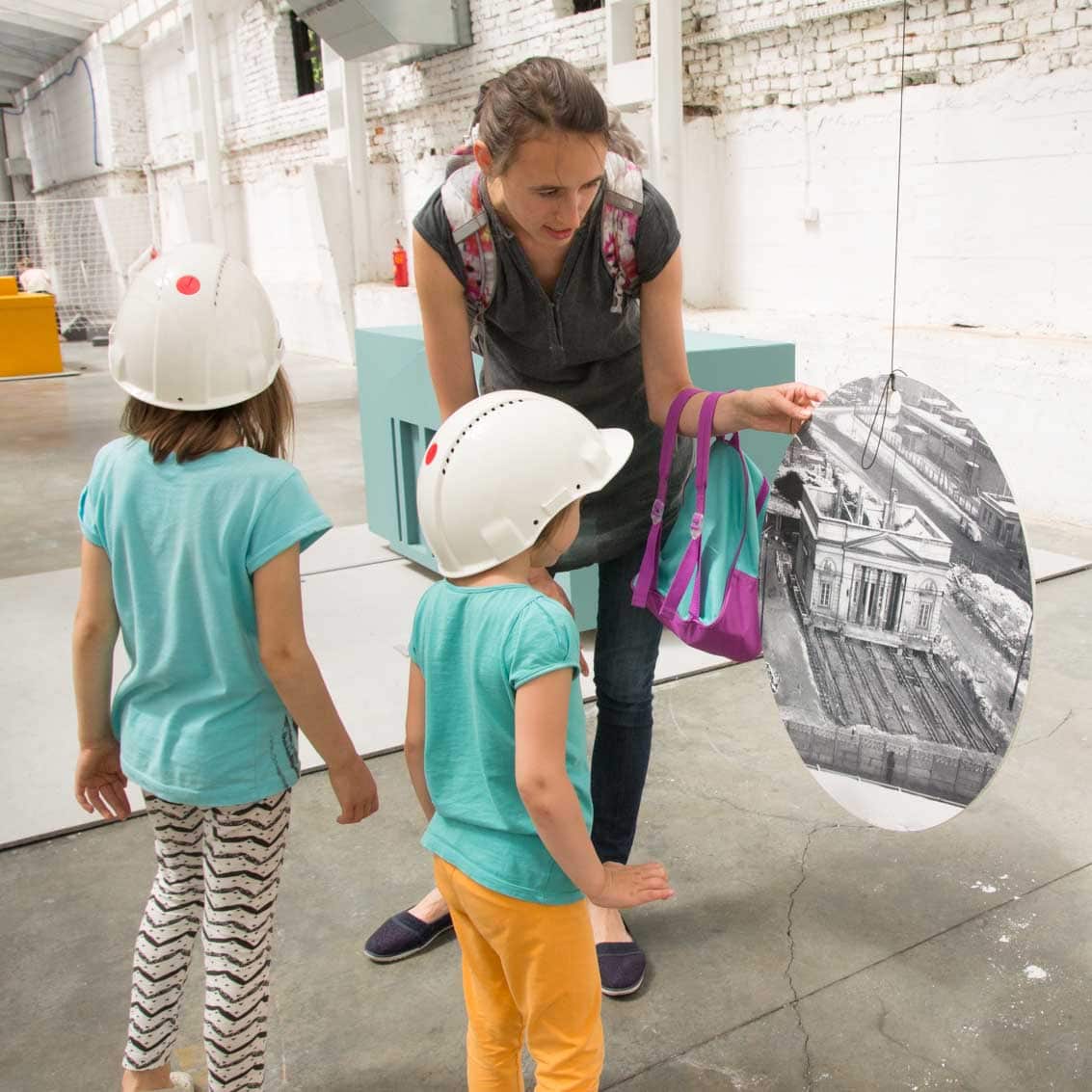 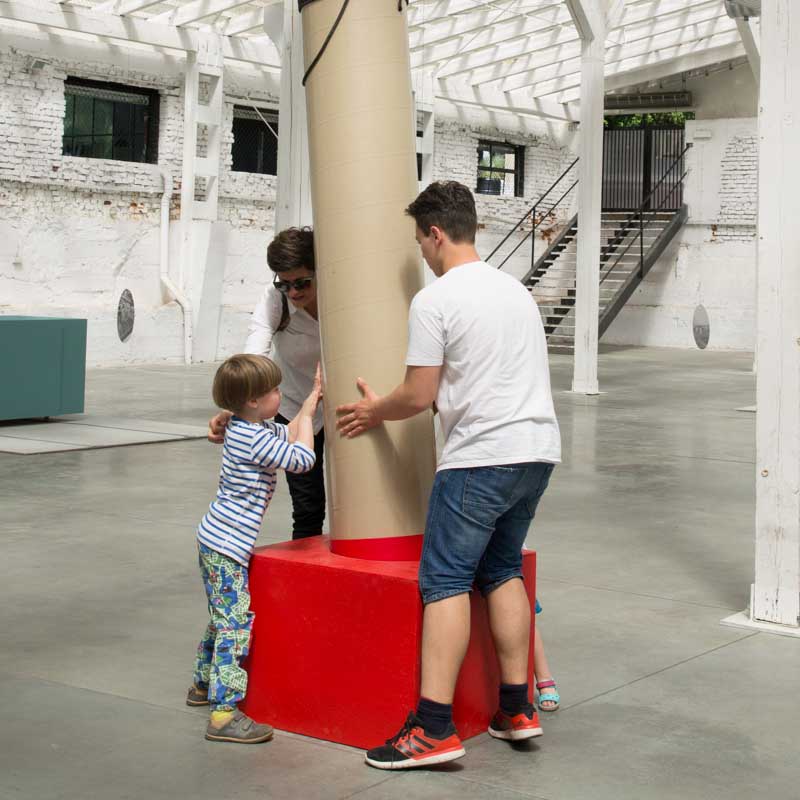 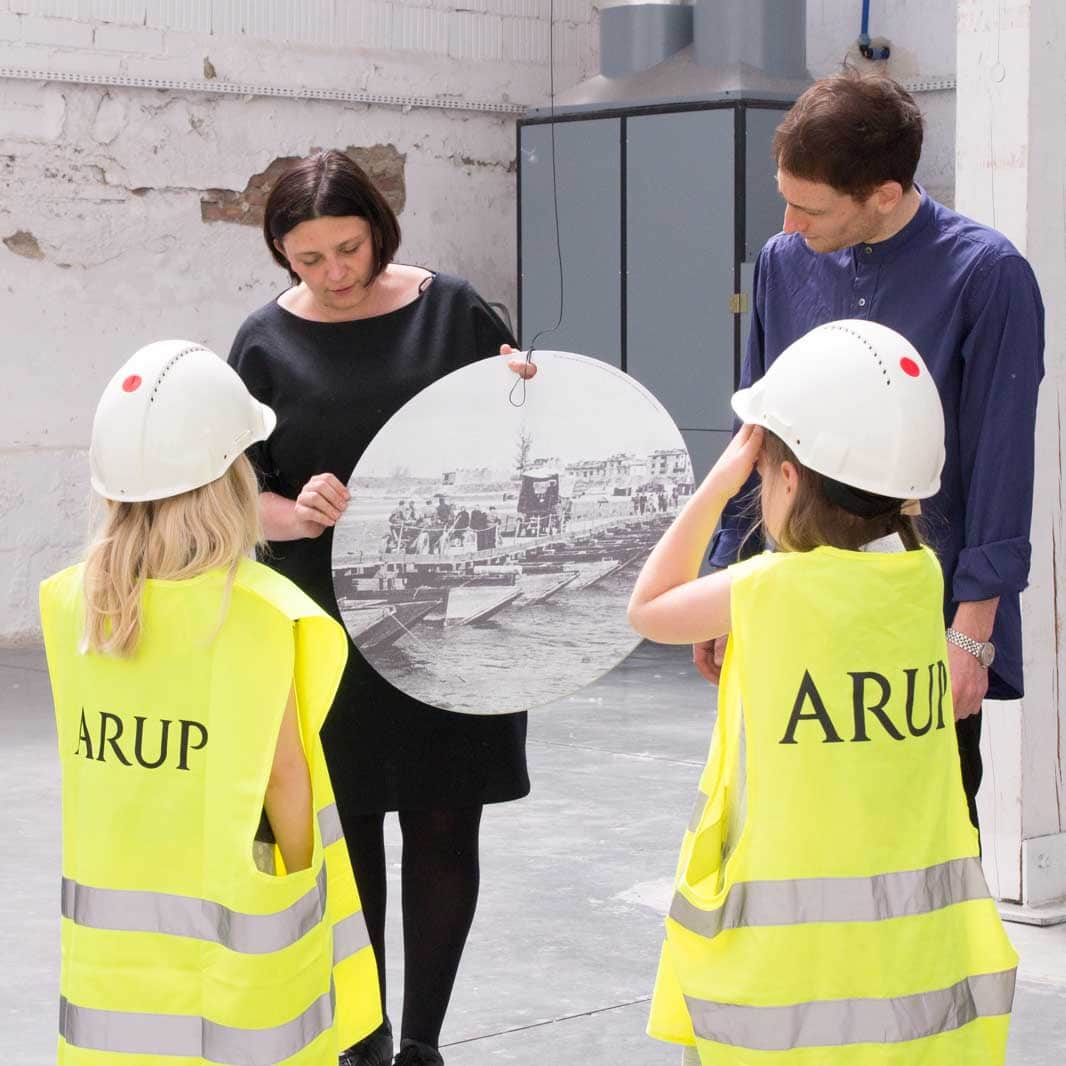