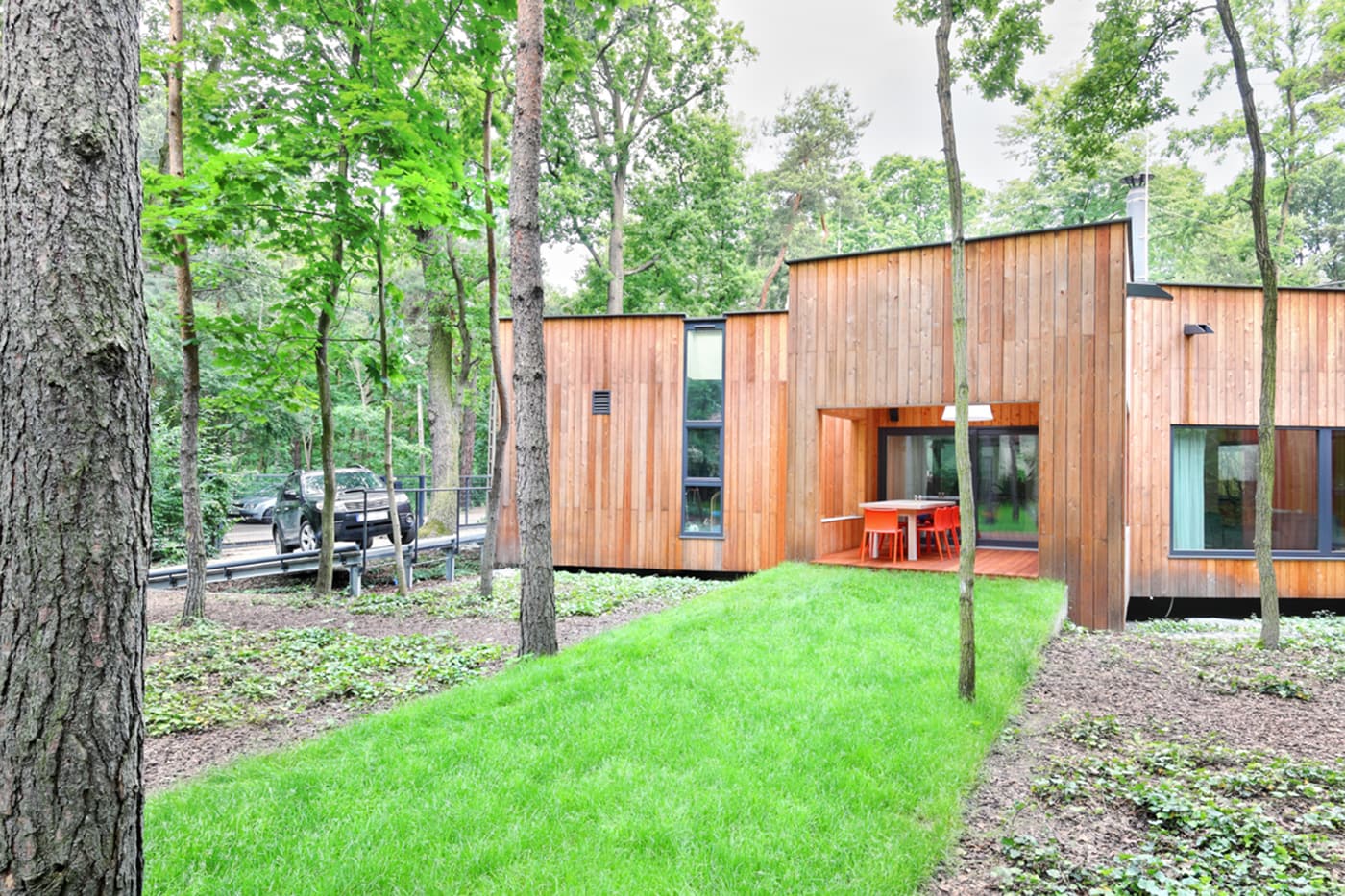 A triangular, forestal plot is situated in one of pre-war garden cities around Warsaw.

Apart from responding to client’s brief, the house had to respond to it’s primary condition of need to maintain maximum of existing trees, which could be obtained only through fitting structure’s shape into the trees. The condition was partially imposed by restrictive local regulations due to status of Podkowa being a natural and cultural monument.

What occured as best approach was a design based on Voronoi formula: the layout of trees was triangulated and the lines were divided in two by perpendiculars that were later offset appoaching as much as possible the trunks. This way, the layout of zero level was developed; the level below was retracted in order to guarantee minimum necessary space to secure root systems of surrounding trees, making the zero level become an elevated platform placed on average one metre above ground level.

The approach of fitting a 300m2 groundfloor between the trees and „hiding” the cellar under the platform in order to save trees was well perceived by clients, a couple with three children, and by a number of authorities surveiling the location- from Voivodship Conservator of Cultural and Natural Heritage, through local Town Hall, to Regional Authority of Govenmental Forests, all of which unofficially claiming that it will be nearly imposssible to build in a given condition.

After months of enforcing the project through various authorities we’ve managed to receive the building permit, choose a contractor and start building.

The house is a single-floor ( 270m2) structure with a cellar ( 150m2) covered with vertical Siberian cedar panels. The flat roof was shaped in a way providing best geometry for getting rid of fallen leaves and fitting a number of skylites- a welcomed type of window in such location.

Groundfloor is composed out of clearly divided night ( with five bedrooms and three bathrooms, a workspace and two wardrobes) and day ( entry, living, dining and kitchen) zones. It’s cut with three patios for visual continuity and maintenance of trees growing in the middle of the perimeter of the house. The biggest issue was the location of the garage with it’s gate and a ramp, due to a line of thick oaks along the access road. 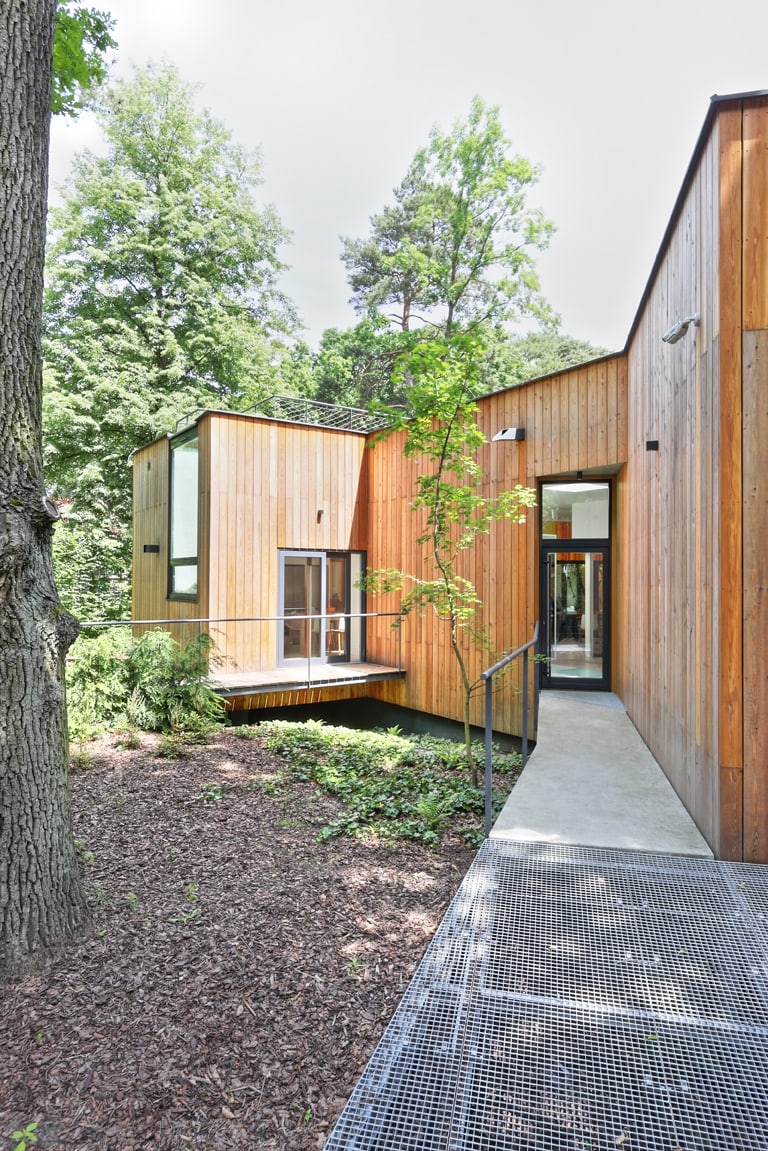 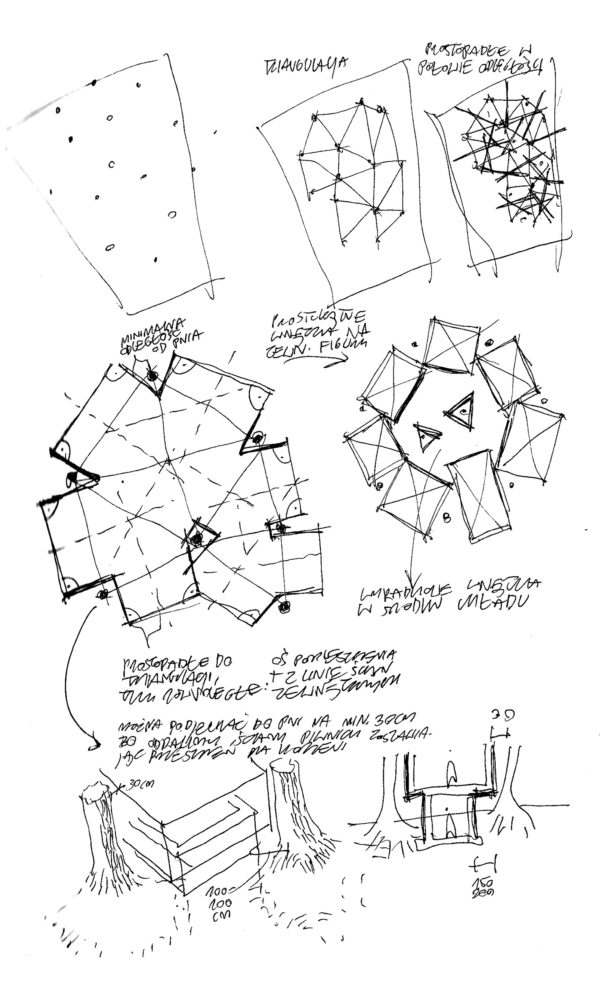 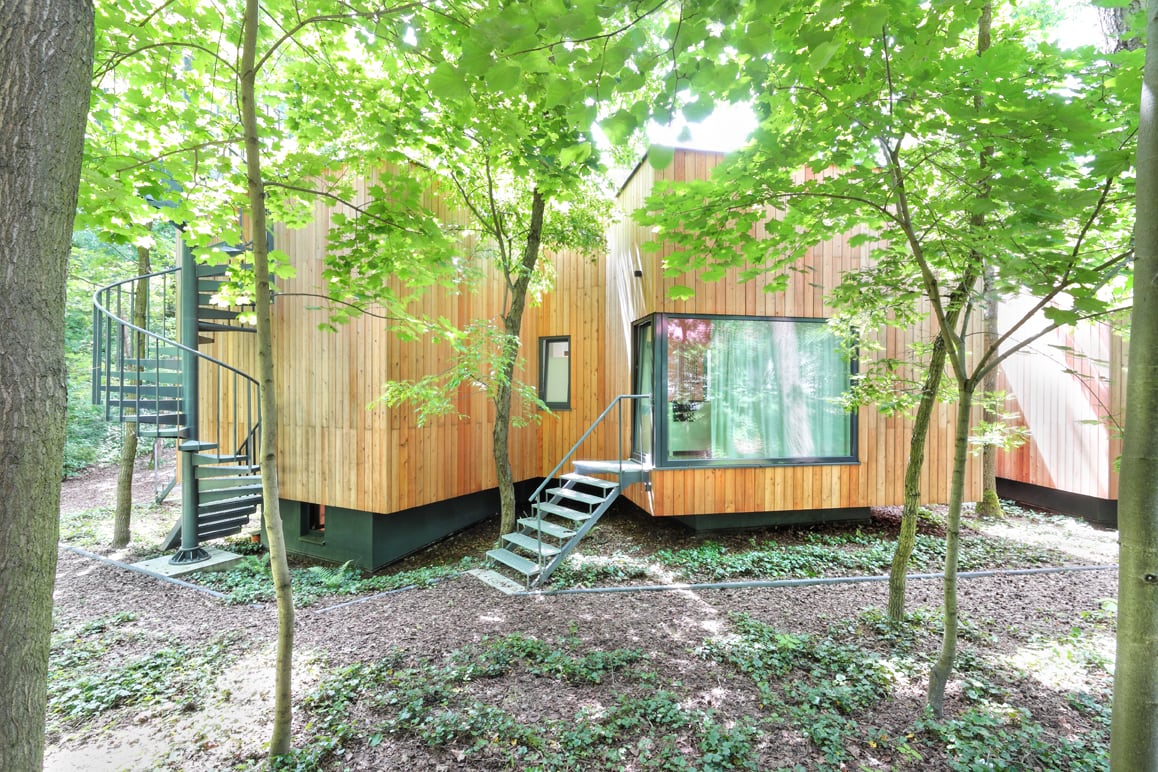 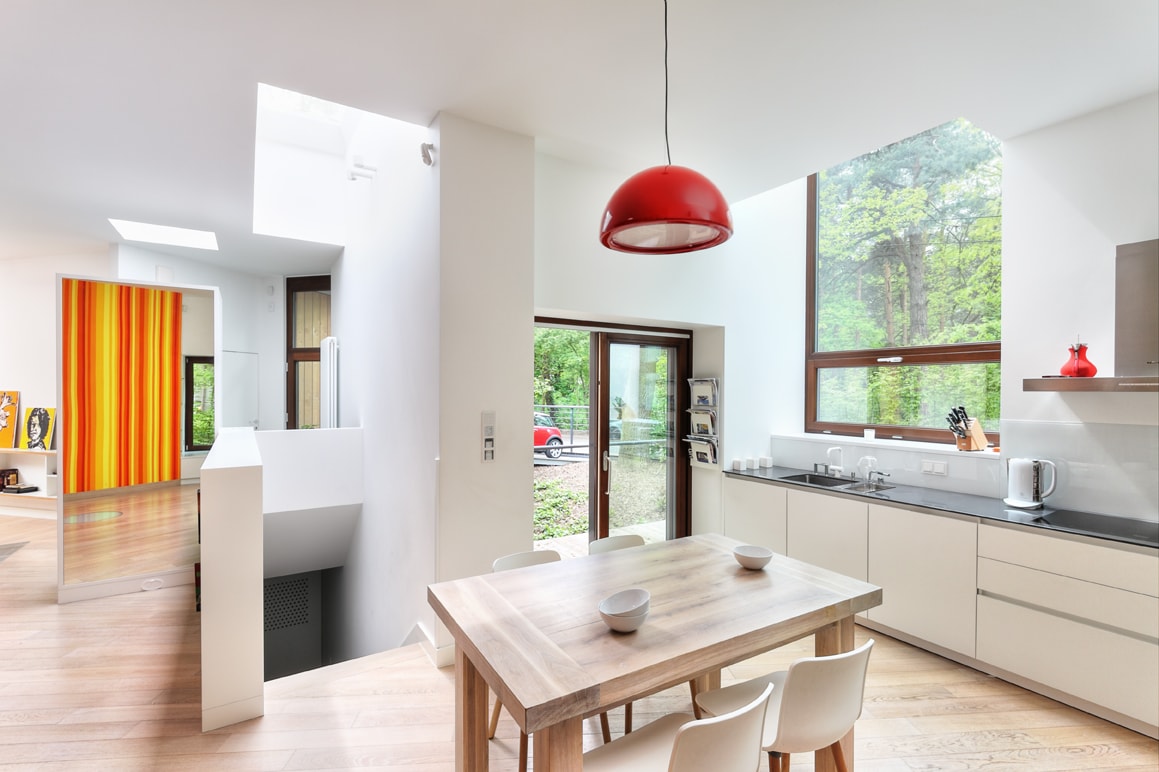 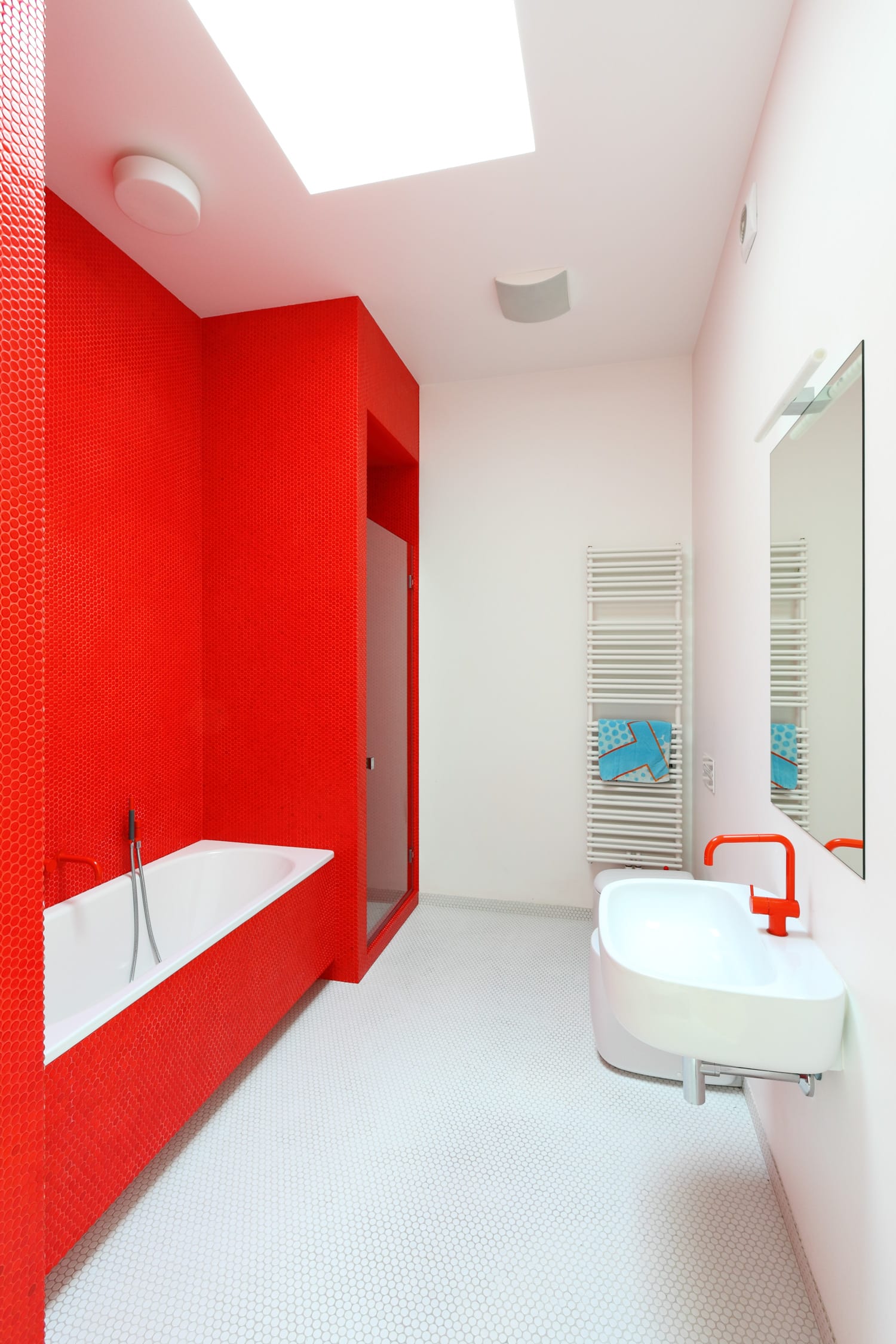 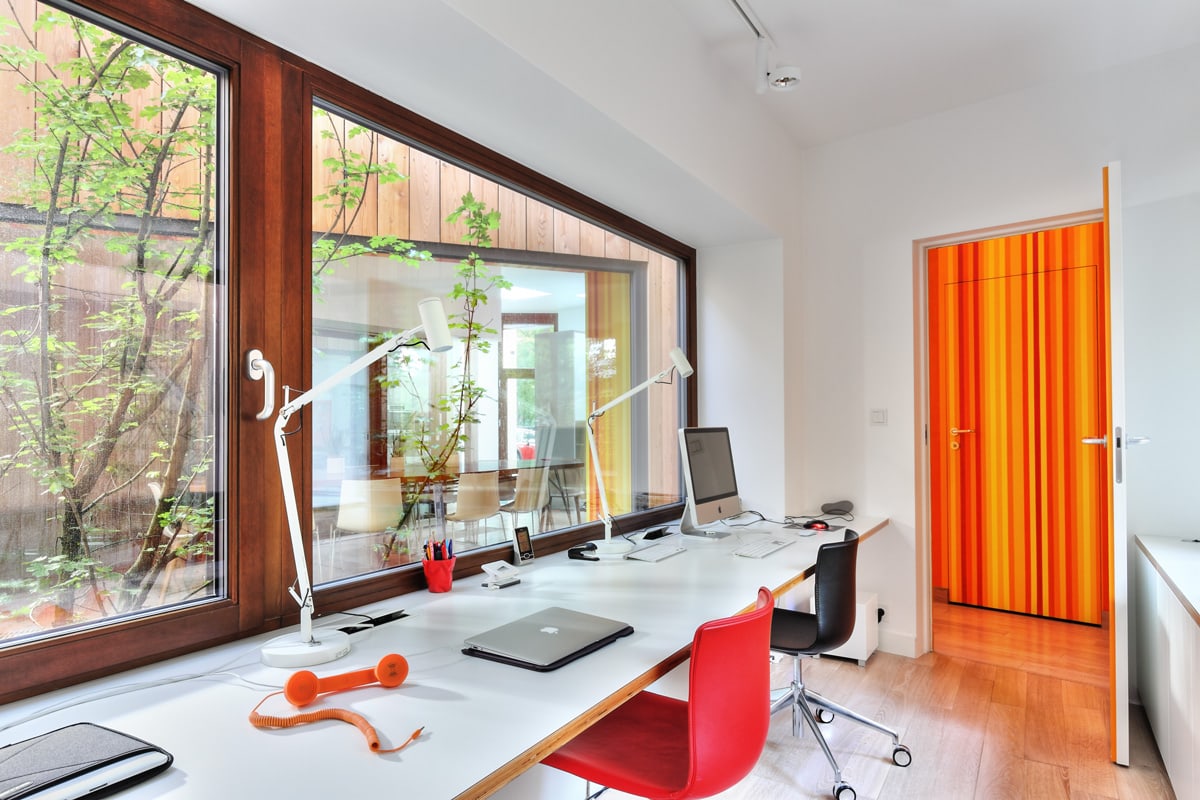 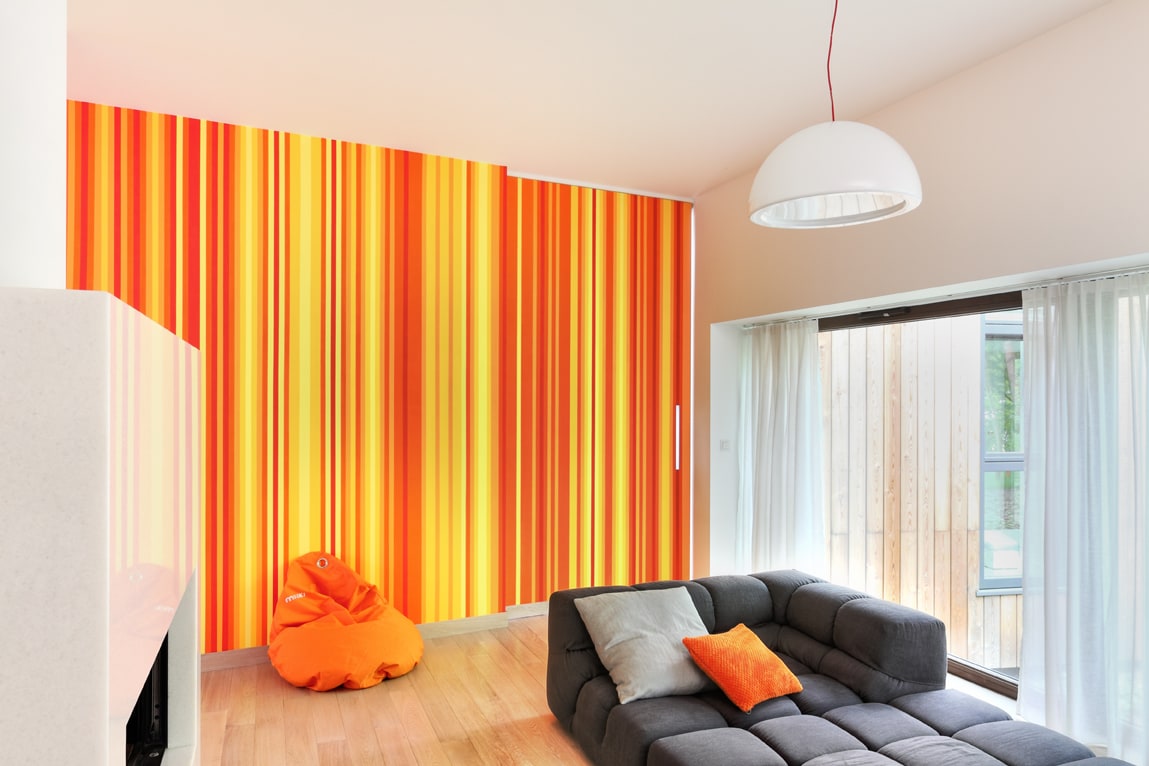 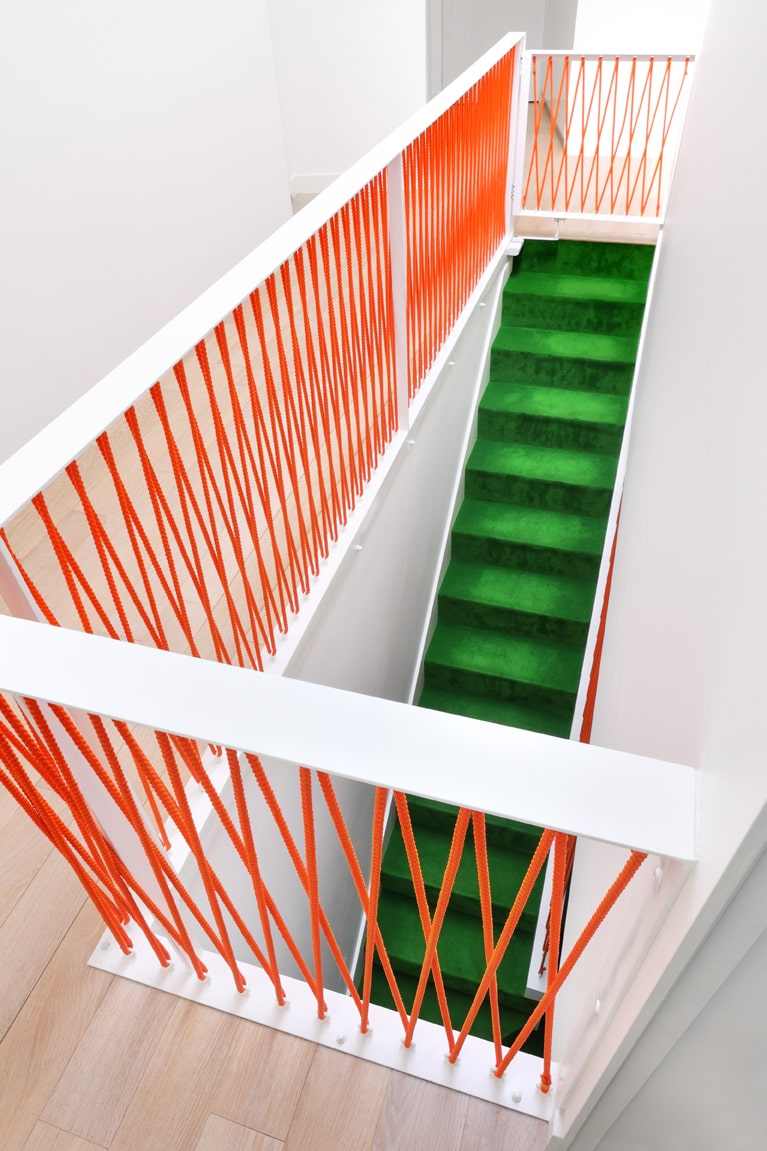 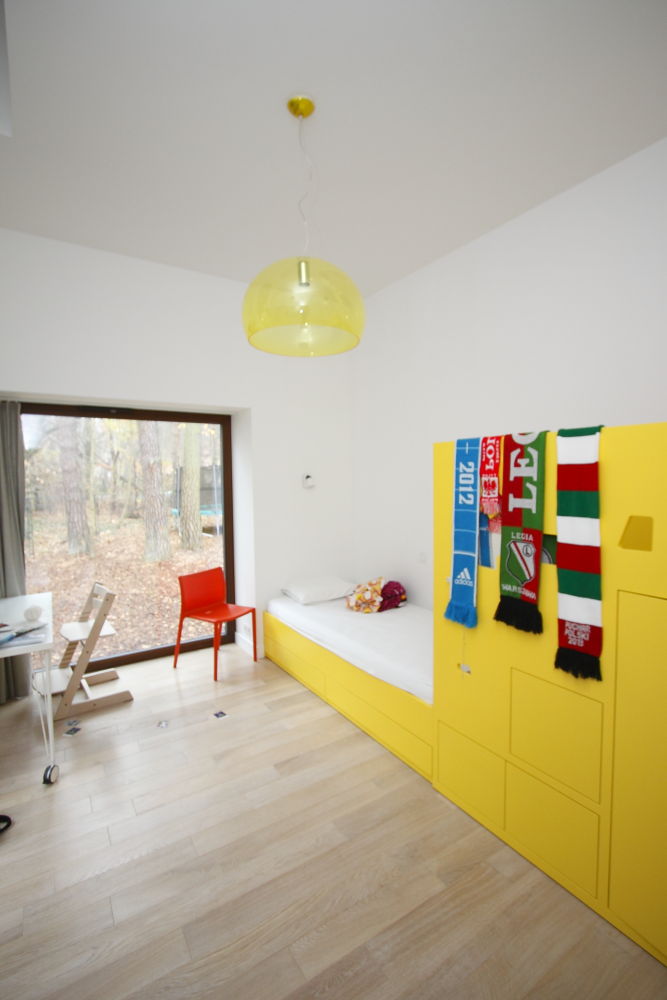 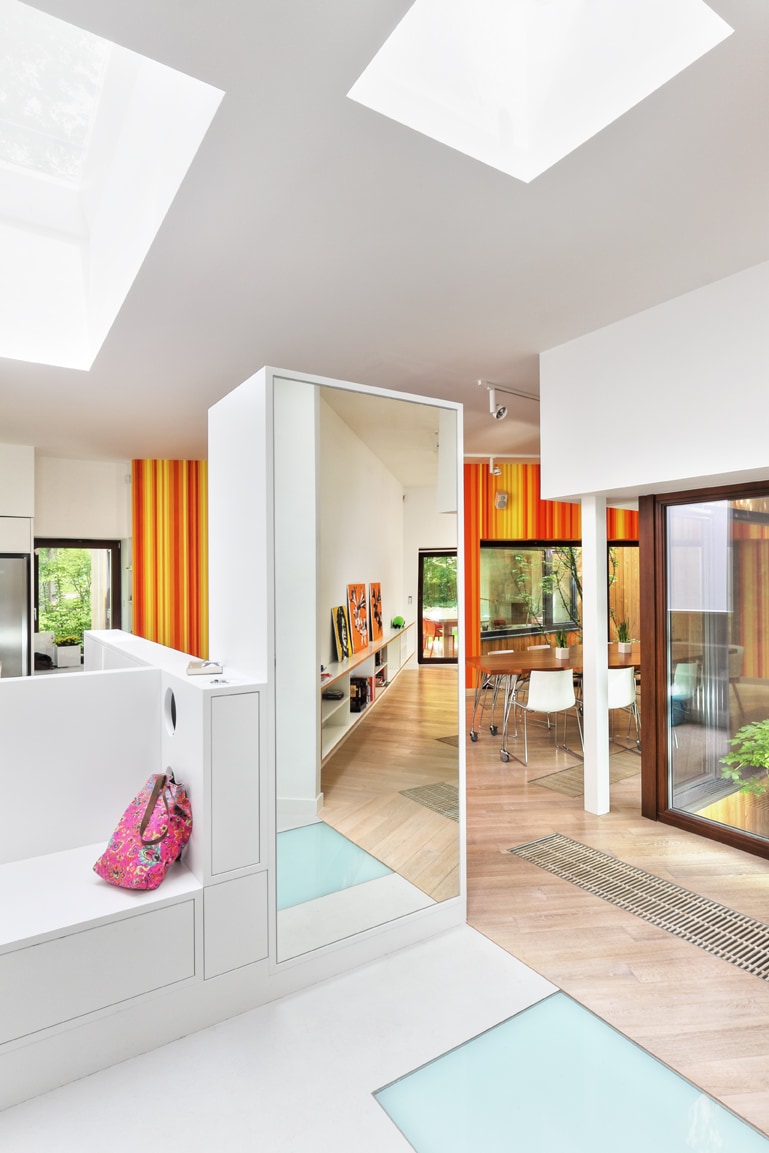 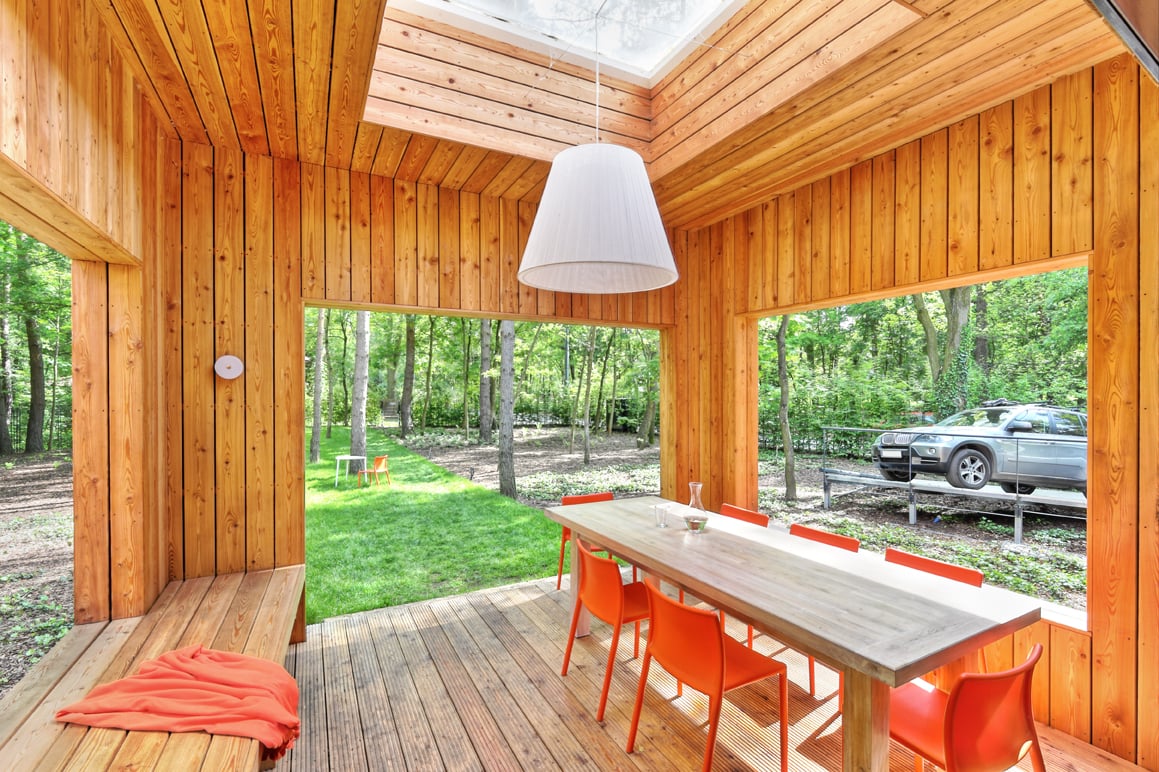