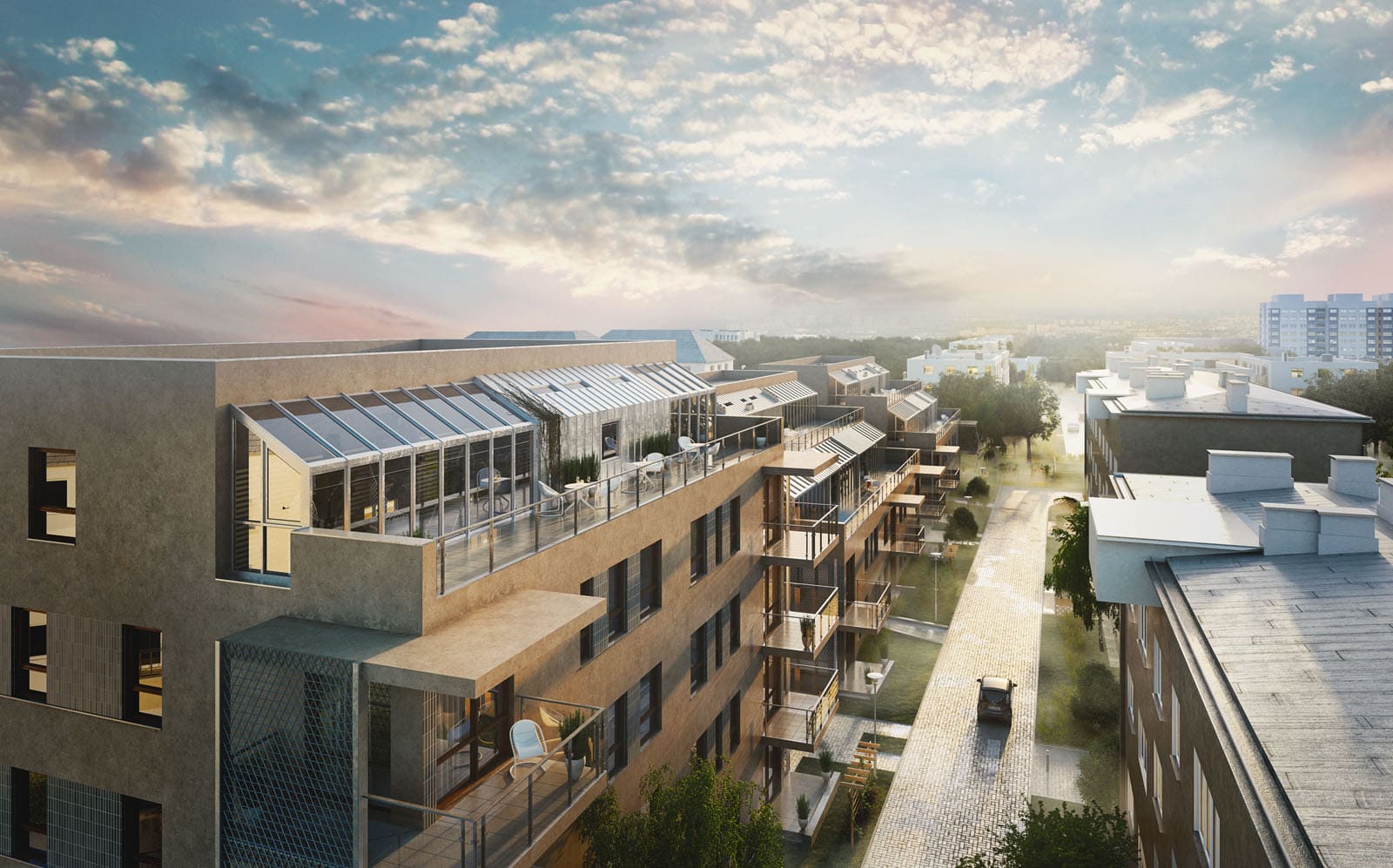 The task was to place five new buildings with 81 apartments into a pre-existing estate dating from late 1930-ties. Dense and high greenery, negociating with local cooperative plus severe building limitations made the design and building phase a long process that ended up with a success.
Sided by Kampinoski National Park and by the campus of Military Technical Academy the placement is just perfect for those who seek peaceful living away from Warsaw’s hectic everydayness. The question was how to squeeze 10.000m2 with parking spaces into that idyllic surrounding without spoliling it. We knew that almost all buildings had to be four levels high in reference with existing ones, except for the one standing close to the street, yet, most of the buildings had to be perpendicularly „cut” by the line of sun/shadow enforcing unusual volumetries that ended up being what at the time was considered risky: giant terraces.

This way all apartments placed on third and fourth level are equipped with large, east-facing terraces and accompanying winter gardens. Fortunately, quite against the fears of many, the first apartments to be purchased are exactly the ones with big terraces. The side balconies are finished with steel mesh and a composition of steel profiles to be overgrown by vine. Three buildings standing by an internal street make an effect of high density mixed with low height as a contrast to other two, symmetrical buildings placed within large green space on the other side of pre-existing houses.</p> 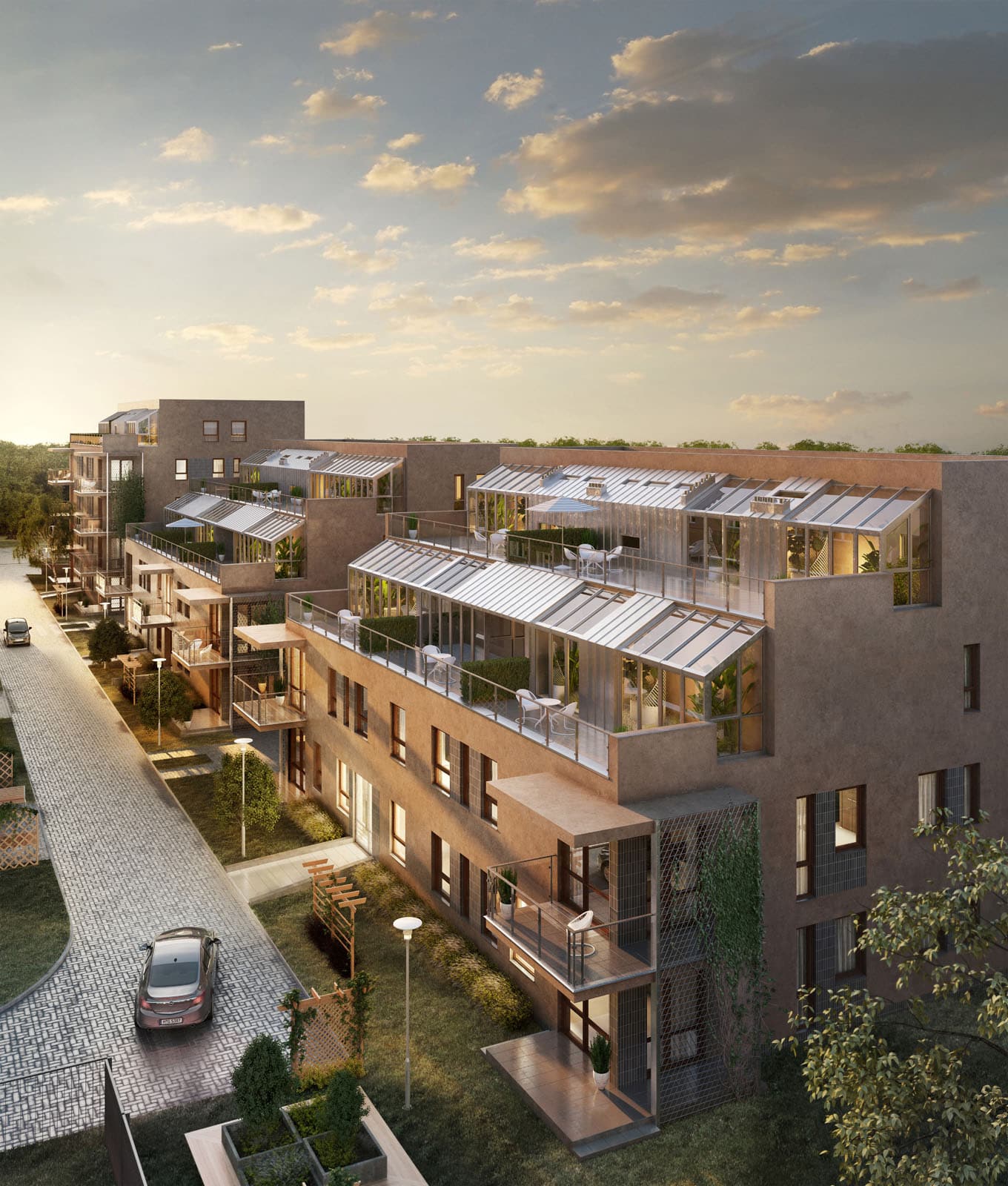 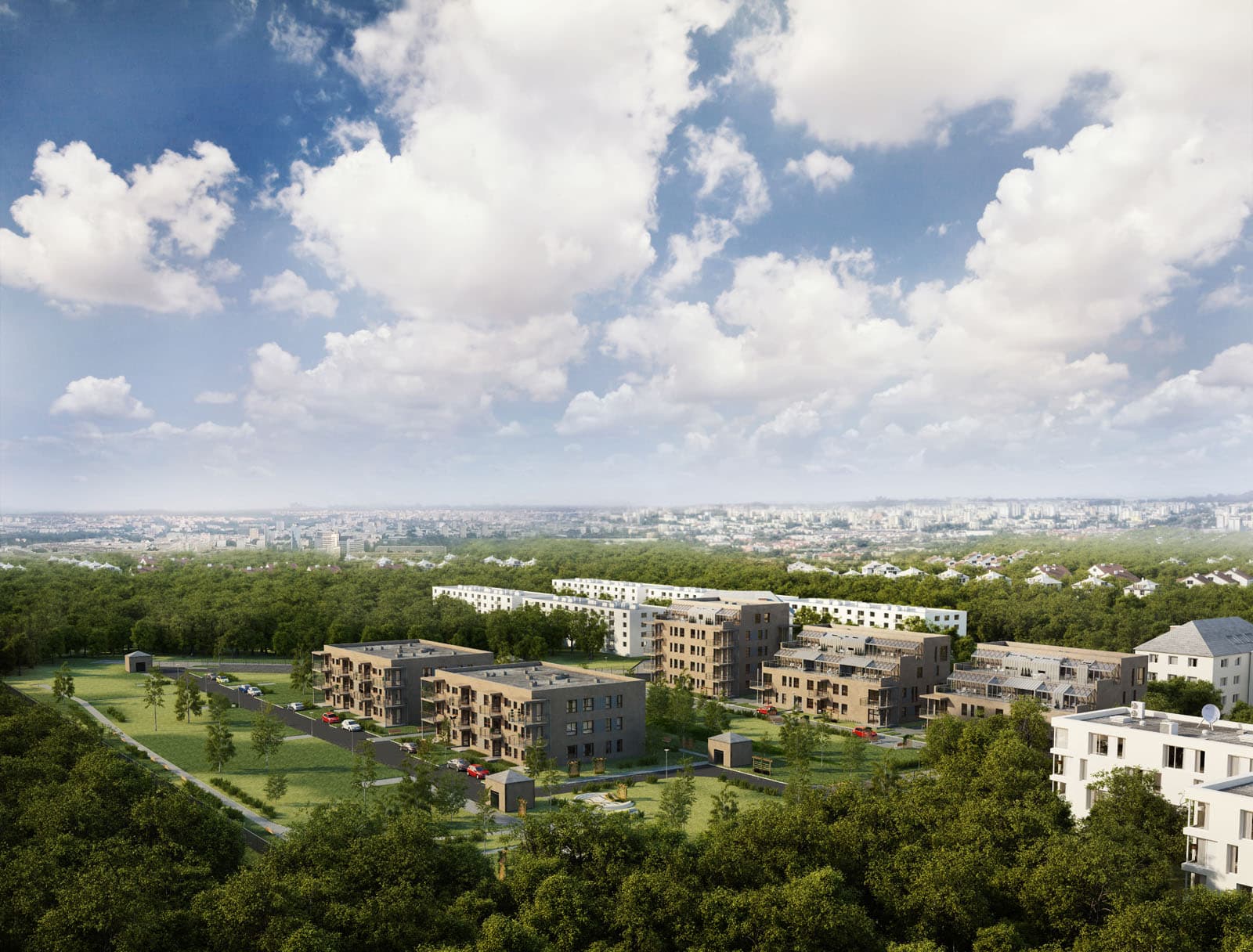 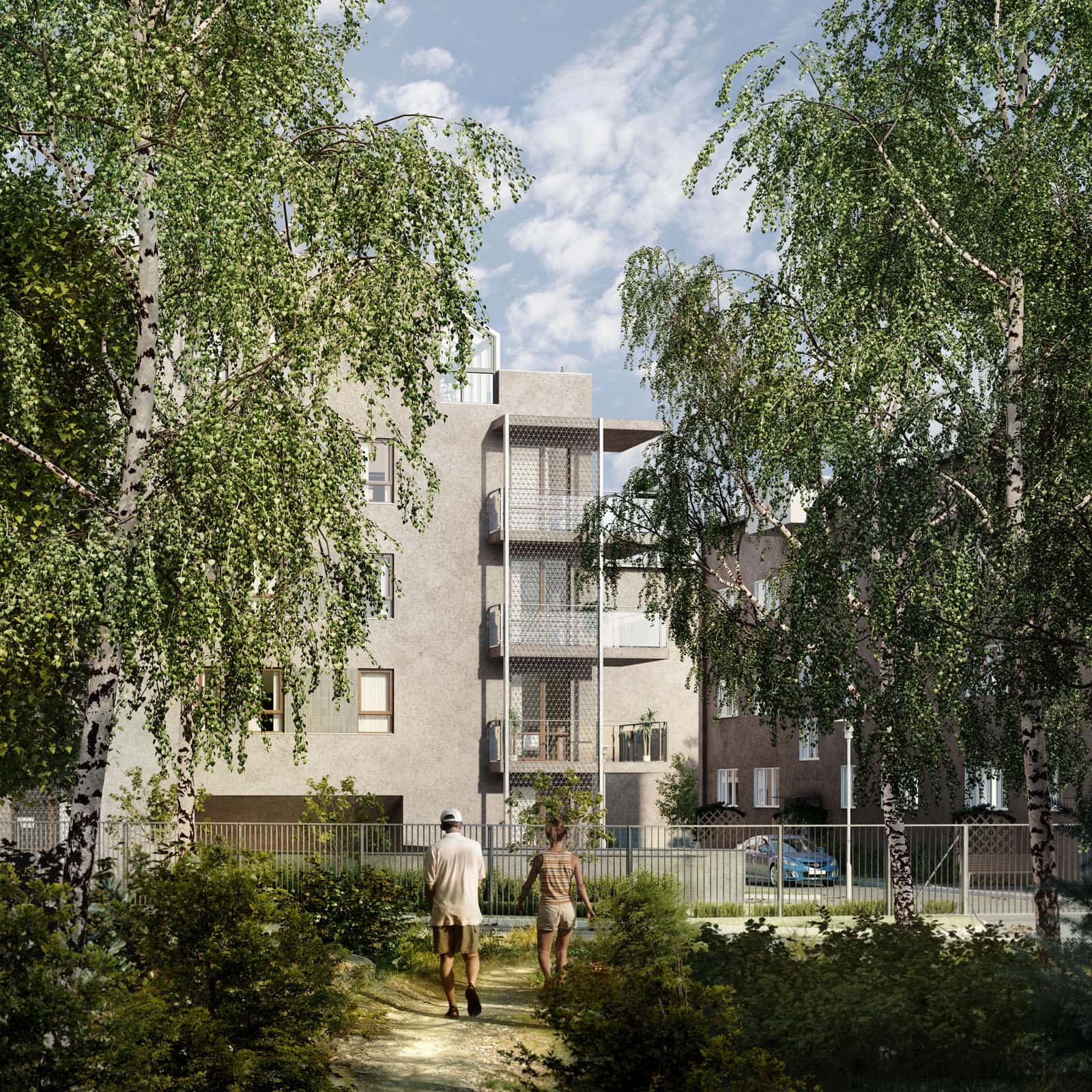 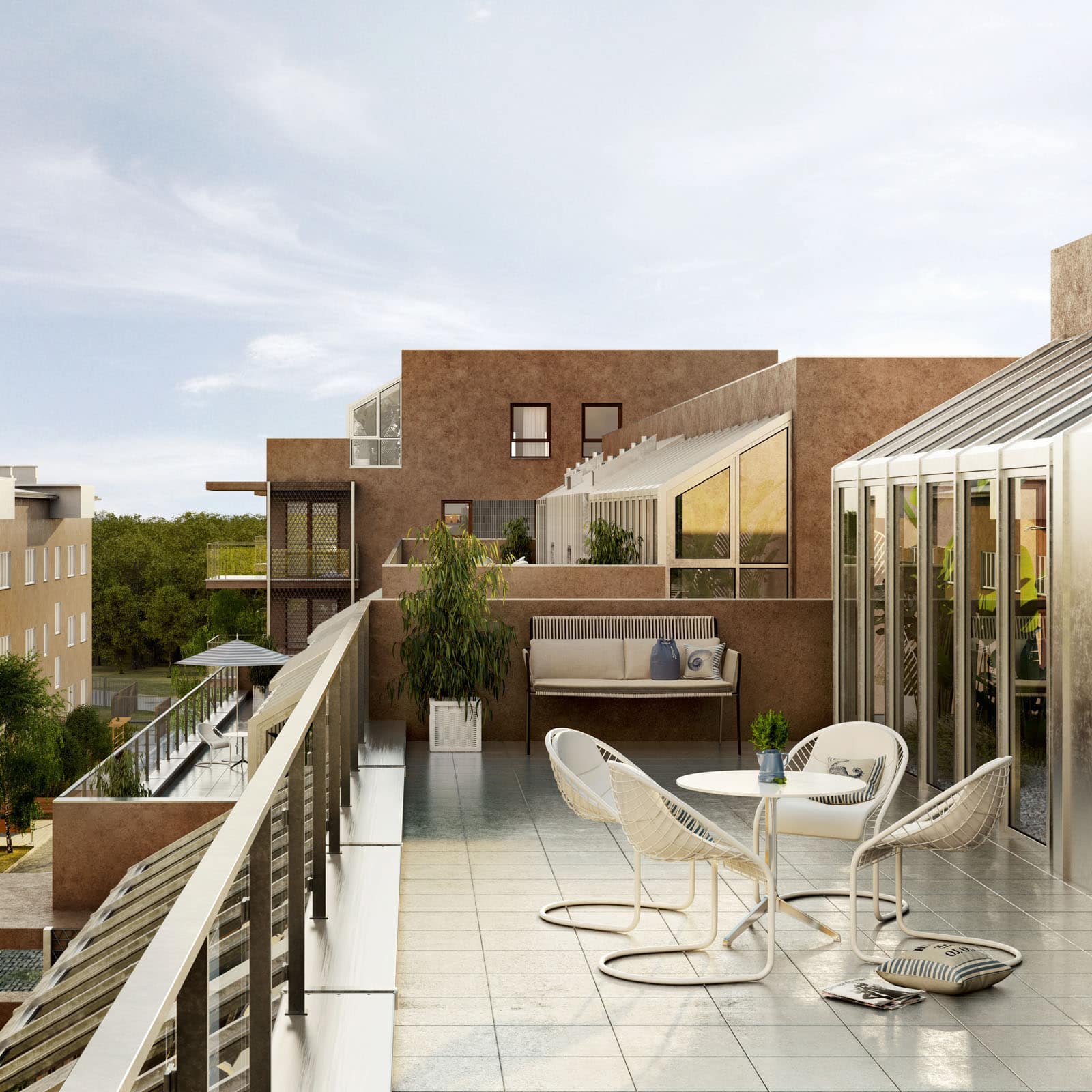 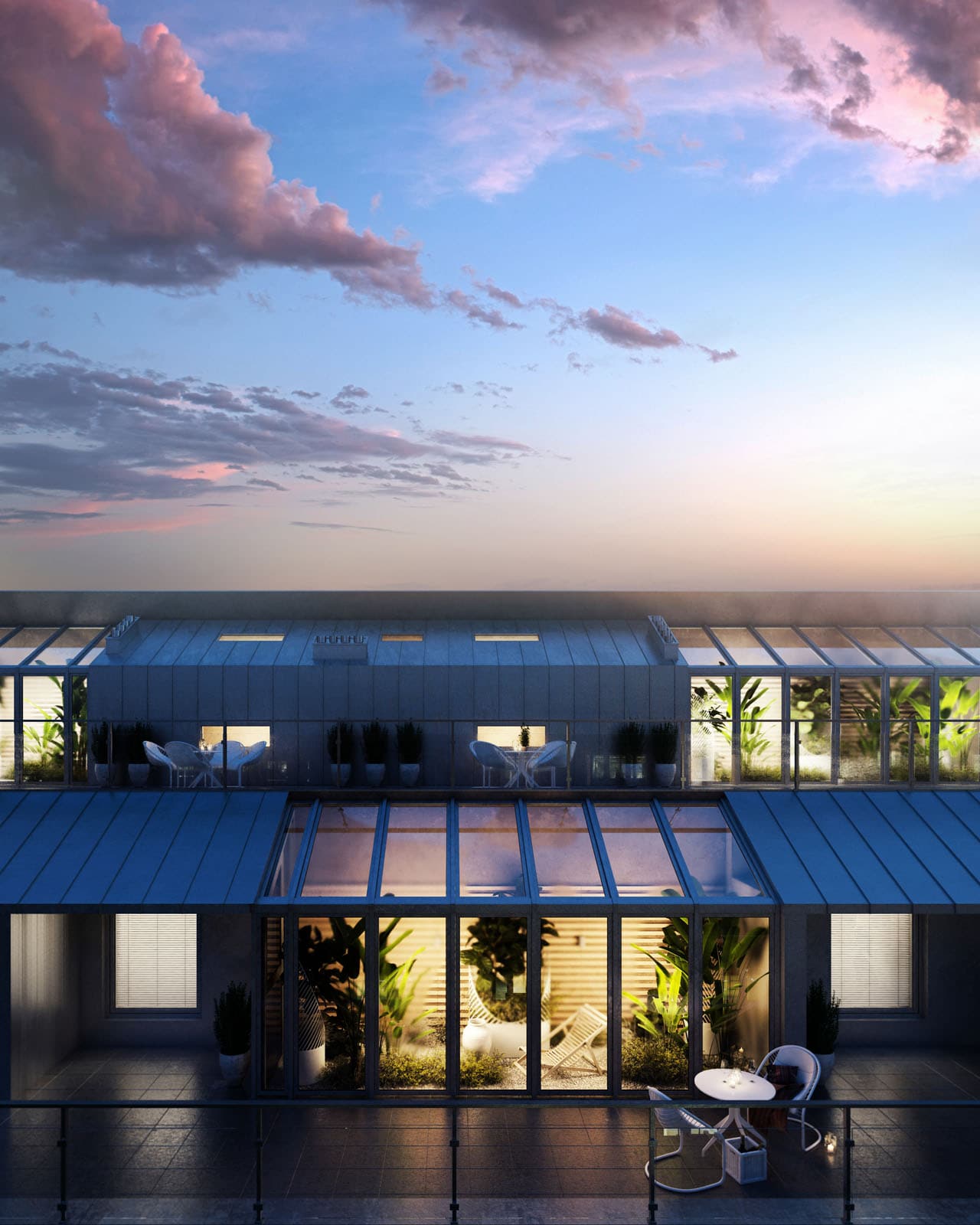